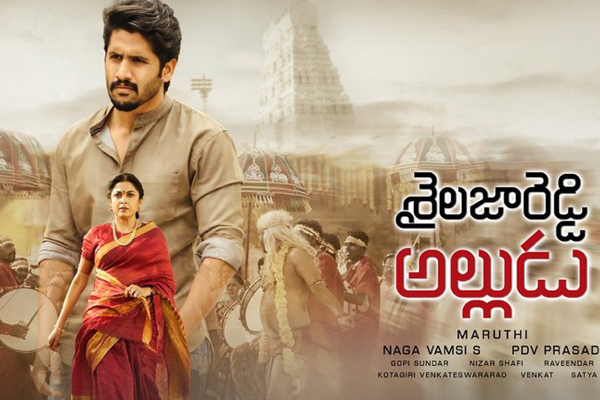 Akkineni Nagarjuna will celebrate his 59th birthday tomorrow ( Aug 29th). As a treat for Akkineni fans, his son and actor Naga Chaitanya is going to unveil the theatrical trailer of his upcoming film Shailaja Reddy Alludu tomorrow morning. The teaser has evoked a decent response and the trailer is expected to raise the craze on the film.

Shailaja Reddy Alludu has been creating good buzz among audience as hit filmmaker Maruthi is directing it. The presence of veteran artist Ramya Krishna has further given strong hype for the film. The family entertainer has been confirmed to hit the screens on September 13th.

Shailaja Reddy Alludu has Niddhi Aggerwal as the female lead. Sithara Entertainments banner is the production unit behind this project.