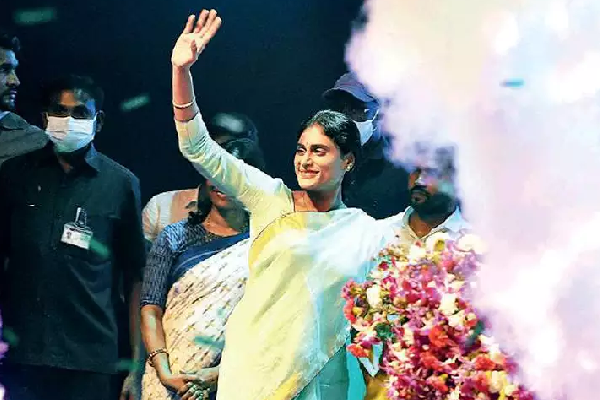 A series of developments last week added some spice to the otherwise dull politics in Telangana which has been completely dominated by the ruling Telangana Rashtra Samithi (TRS) since the formation of the state in 2014.

The first development was A. Revanth Reddy taking over as the new president of the Congress party in the state on July 7. The firebrand leader brought new enthusiasm among the party cadre and raised hopes of a revival of the grand old party’s fortunes in its former stronghold.

The resignation of Telugu Desam Party’s (TDP) Telangana unit president L. Ramana from the party on July 9 and his decision to join TRS was the third consecutive development, although not of much political significance as TDP’s presence in Telangana has almost come to an end.

The emergence of a new party on Telangana’s political scene sparked a debate in political circles. When seasoned politician and former chief minister N. Chandrababu Naidu failed to keep the TDP afloat in Telangana, how will Sharmila succeed in taking on the TRS, which claims to be the only true champion of Telangana sentiment?

Like Chandrababu Naidu, Sharmila is also seen as a leader from Andhra. The TRS sees her entry as another attempt by Andhra leaders to meddle in Telangana.

Sharmila, like her brother, is trying to invoke the legacy of their father Y.S. Rajasekhara Reddy, who was the Chief Minister of undivided Andhra Pradesh.

YSR, as Rajasekhara Reddy was popularly known, served as the Chief Minister from 2004 to 2009. He died in a helicopter crash on September 2, 2009, a few months after the Congress party under his leadership retained power.

Interestingly, she launched the party at a time when the two Telugu states are engaged in a bitter fight over sharing of the Krishna river water and TRS leaders have been attacking Jagan for trying to take away Telangana’s share of water like his father did as the chief minister of the undivided state.

Sharmila promises to bring back ‘Rajanna Rajyam’ in Telangana. The term usually refers to YSR’s rule when he launched several pro-poor schemes. She declared that welfare, self reliance and equality would be the three main pillars of the new party.

However, for TRS and other groups which fought for statehood to Telangana, YSR is still seen as an anti-Telangana figure. They say YSR took up projects to divert the Krishna river water from Telangana to Rayalaseema, the region he came from.

TRS leaders also maintain that there is no room for Andhra parties in Telangana. They refer to the injustices meted out to Telangana for over 50 years by ‘Andhra rulers’ in the undivided Andhra Pradesh. On the slogan of Telangana self-rule and self-respect, the TRS effectively countered the Chandrababu Naidu-led TDP. It is likely to use the same strategy to take on Sharmila.

Despite the slogan of ‘Rajanna Rajyam’, Sharmila’s party is not likely to have much impact on Telangana politics. Political analyst Telakapalli Ravi believes that the YSR Telangana Party will have a very limited impact on state politics. In fact, her entry is expected to help the TRS in 2023 by dividing the anti-incumbency votes.

“She may take a chunk of YSR fans’ votes and provide shelter to some disgruntled Reddy group leaders unhappy with the Congress, thereby helping the TRS. The new party may split anti-TRS votes. She may prevent these votes from going to the Congress and the BJP,” he said.

When she began consultation with the loyalists of her late father in Telangana in February, the YSRCP made it clear that she is acting on her own and that the brother and sister have difference of opinion as Jagan is not in favour of floating a party in Telangana.

Jagan’s YSRCP had to wind up in Telangana after all its three MLAs and lone MP elected in 2014 defected to the TRS. Jagan, who had developed good relations with his Telangana counterpart K. Chandrasekhar Rao, never tried to revive his party in Telangana.

Sharmila too publicly spoke about differences with her brother. “He (Jagan) did not want me to float a party. But I am ready to face him in the interest of the people of Telangana,” she had earlier said. However, some say this may be a deliberate attempt to have her separate identity in Telangana politics.

“Jagan promised to keep off from Telangans politics but allowed his mother and party’s honorary president Vijayamma to hold the same position in her party,” pointed out Ravi.

Y.S. Vijayamma blessed her daughter at the party’s launch event and appealed to the people to support her to bring back ‘Rajanna Rajyam’ to Telangana.

Vijayamma said that her children are not thieves and that both of them, representing two states, inherited the commitment and determination from her husband.

“Sharmila is in Telangana now to fulfil the incomplete goals of YSR as he always dreamt of transforming Telangana into a prosperous land. Although my two children are representing two states now with separate interests, they are committed to work for the cause taken up. They have one common virtue of commitment and resolve to stand-by the given word,” Vijayamma said.

The wife of Anil Kumar, an evangelist, Sharmila calls herself the daughter-in-law of Telangana.

“I was born and brought up in Hyderabad. I know each and every street in Hyderabad,” she said.

To ensure that she does not get the Andhra tag, Sharmila repeatedly said that she is for protecting every drop of water of Telangana’s share. While launching the party, she wanted to know why the chief ministers of the two states can’t sit, discuss and resolve the water issue.

When Jagan was in jail in a disproportionate assets case in 2012-13, it was Sharmila who had taken out a ‘padyatra’ (walkathon) to mobilise support for him. She covered 3,112 km across the then undivided Andhra Pradesh. She along with her mother actively campaigned for YSRCP in the Assembly elections both in 2014 and 2019.

As ‘padyatras’ always politically helped the YSR family, Sharmila is again preparing to launch a walkathon , this time in a different political landscape.