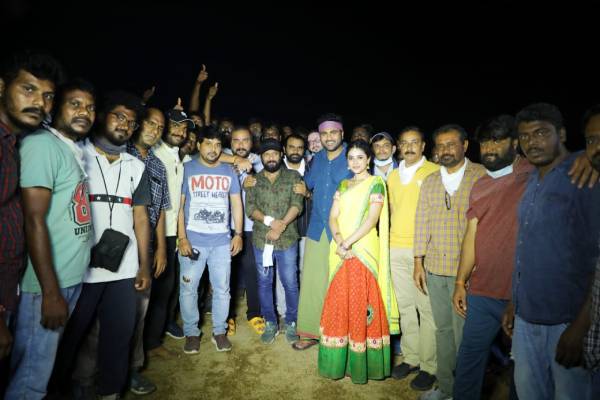 Sharwanand and Priyanka Arul Mohan starrer family entertainer Sreekaram directed by Kishore B under 14 Reels Plus is nearing completion. The film’s Tirupati schedule is done and a small schedule will commence next month which conclude all the production works.

In the Tirupati schedule important scenes in lead cast was filmed, besides shooting a mass song on lead pair. The song was supervised by Dinesh master.

Mickey J Meyer has scored music for the film that has dialogues by Sai Madhav Burra.