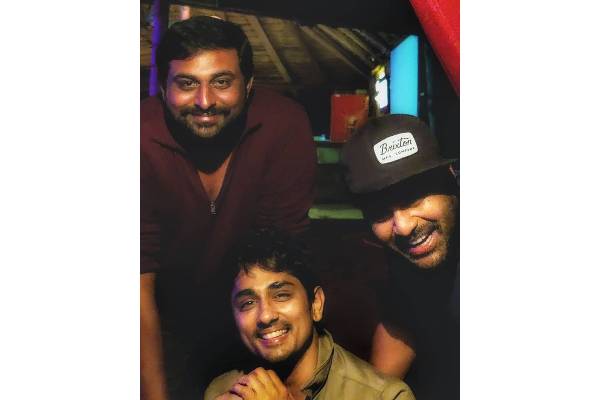 Young actors Sharwanand and Siddharth are working for Maha Samudram, an action-packed emotional entertainer directed by Ajay Bhupathi. The shoot of the film is happening in Vizag for the past one month. Sharwanand, Siddharth and the film’s director Ajay Bhupathi are well-bonded on the sets. They are spotted hanging out together after the shoot exploring the places to hang out in the city. The major portion of the film’s shoot will happen in Vizag.

Aditi Rao Hydari, Anu Emmanuel, Jagapathi Babu and Rao Ramesh will be seen in other important roles in this mass entertainer. AK Entertainments are bankrolling Maha Samudram and the film is aimed for August 19th release across the globe. RX 100 sensation Chaitan Bharadwaj is the music director for Maha Samudram.