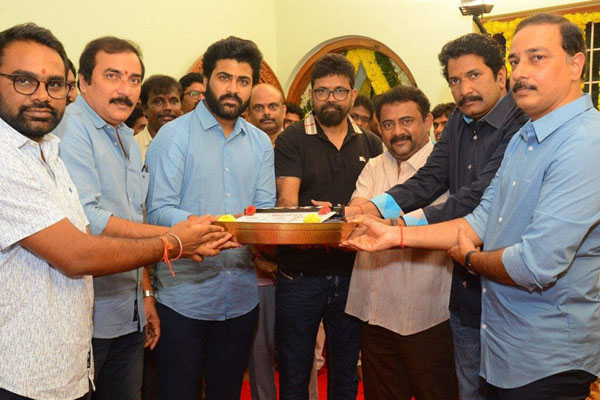 Talented actor Sharwanand is fast recovering from the shoulder injury which he sustained during rehearsals for the Telugu remake of 96. He is currently awaiting the release of his upcoming film Ranarangam.

Meanwhile, he has signed a new film which will be helmed by debutant Kishore Reddy. Titled as Sreekaram, the film is coming from the stables of 14 Reels plus Ram Atchanta and Gopi Atchanta. The formal launch of this new project took place this Sunday in Hyderabad and the makers have announced that the film will release for Sankranthi next year. Mickey J Meyer will compose the tunes for this film.

Sharwanand will commence shooting for this film in August.