Switch to: తెలుగు
Home Movies Movie News Shocker: Nishabdham VFX work is yet to be complete 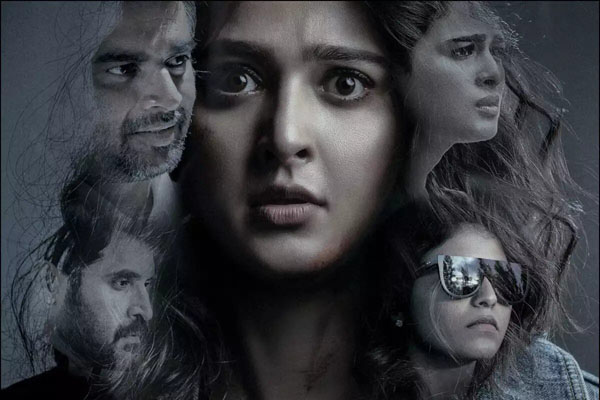 Anushka’s big-budget and comeback film Nishabdham was announced for summer release. With the arrival of coronavirus pandemic, there are speculations that Nishabdham will head for a digital release soon. The makers neither denied nor approved the news. The real news we hear is that some of the VFX shots of Anushka from Nishabdham are still yet to be ready. The VFX firm which worked on the film could not deliver the work as they fell short of resources and the makers approached one more VFX giant to complete the work. Anushka is yet to approve the shots.

The deal with Amazon Prime is still open and the makers are working hard to complete the work by the end of this month. Anushka will watch the final draft soon. Meanwhile, the pending dubbing works of other languages are completed recently. Nishabdham is an action thriller that is directed by Hemanth Madhukar and Anushka, R Madhavan, Anjali, Srinivas Avasarala, Subbaraju, Shalini Pandey are the lead roles. People Media Factory and Kona Film Corporation are the producers.