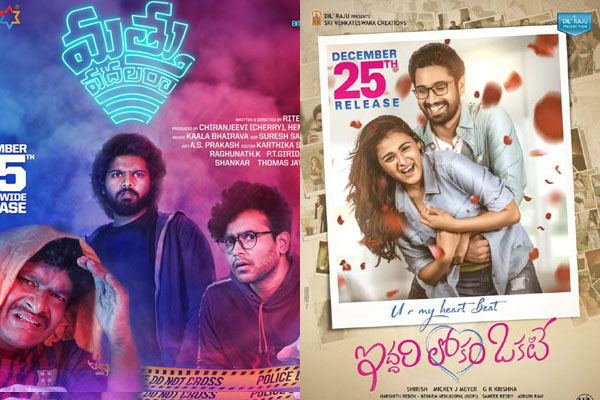 Raj Tarun’s Iddari Lokam Okate and Mythri’s Mathu Vadalara released today on the eve of Christmas. Keeping the word of mouth aside, both the films registered shockingly low openings across the Telugu states. Right from A to C centers, both the films opened with 20% occupancy (on average) across AP and Telangana which is quite low. Both films need to receive exceptional talk to stand well and rake decent revenues.