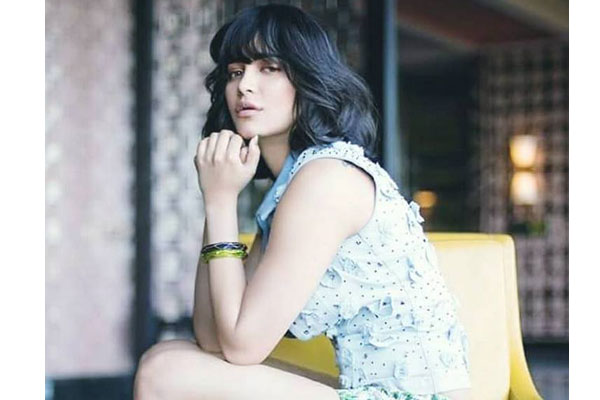 Singer-actress Shruti Haasan says she has been extremely honest with the seven songs of her debut EP. One of the songs by the singer-songwriter, who split from boyfriend Michael Corsale a few months ago, is about heartbreak, but she says it has nothing to do with whining.

The “Khamoshi” singer’s EP is more or less ready, and is expected to be out later this year.

Talking about the autobiographical project, Shruti told IANS in a telephonic interview: “I think I have been extremely honest with the songs. The kind of songs that I grew up listening to are not the ones where people say ‘When I was in New York in 1992’ or like ‘Summer of 69’. I wasn’t even born in 69. I don’t know what he (singer Bryan Adams) was talking about.”

“I don’t like the references to specific things because I want the audience to connect with the emotion. Any part of the world, we all have universal emotions… about certain feelings. There is a collective response to heartbreak, inner courage and strength. That’s the way I tend to write,” she added.

Elaborating, she shared: “When I say autobiographical, one of the songs is definitely about heartbreak which I think all of us have had. Instead of making it sort of whiny…one thing that you learn when you grow up is that it’s not about whining, but it’s about what you learn from it and letting people go.”

Another song is about sobriety.

“I believe in the power of taking sober choices and decisions.”

The music project has been more about the inner processes for her.

“My music is somewhere in between the fun element of pop… by that I mean you can get people to feel like they can sing along with you, but with the promise of depth from other side of the alternate sphere,” she added.

It was just last month that she performed some of the songs in London.

Asked about the difference between performing in the West and India, she said: “It depends on the kind of audience anywhere in the world. Have they come there to hear the music the artiste is presenting or have they come there with preconceived notions? It happens to the biggest artistes of the world.”

Giving an example, she said: “It could be Beyonce. You may want her to sing ‘Crazy in love’, but maybe she doesn’t want to and they could feel disappointed or they could say ‘No, we love Beyonce and would love to hear anything that she wants to sing for us’.

“The beautiful thing is though… because I have a repertoire of Tamil, Telugu and Hindi songs…and the audiences abroad are mixed, it’s been really amazing that they come there for English music and they understand the journey… that Shruti is writing in English and this is her form of expression and they appreciate that. That is very special to me.”