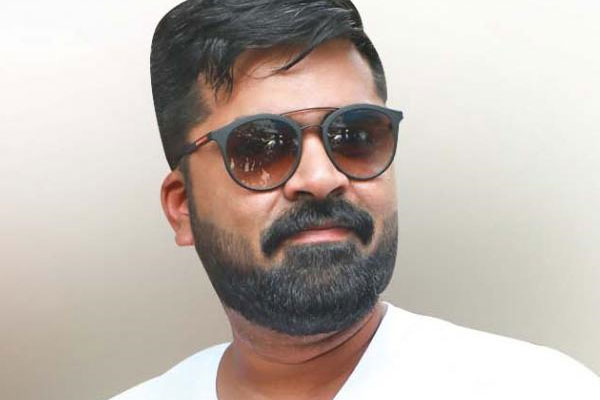 Tamil hero Simbu alias Silambarasan, who recently got critical acclaim for his performance in Mani Ratnam’s Nawab movie, released a video byte thanking Telugu audience. He expressed his willingness in that video to act in straight Telugu films too.

Simbu is not a new name for Telugu audience. His dubbed movies like Manmadha were very big hits in Telugu too. He even sang a song in Manchu Manoj movie. Right from his first film, his Tamil movies got dubbed into Telugu also as his father T Rajendar had good following among Telugu audience in those days. However, he could not sustain momentum and lost his market gradually in both Tamil and Telugu. At one point of time, he didn’t have any films in his hand and he told in a meeting that he is depending on his mother for his pocket money too. But later things changed. He against started getting offers.

Actually Maniratnam approached Chiranjeevi family before this Nawab movie. There is no official confirmation but as per rumours, the role which Simbu did now was initially offered to Ram Charan. However he denied the role. Now the movie has become a decent hit in Tamil, though it didn’t fare well in Telugu. But Simbu’s performance is appreciated by those who watched the movie.