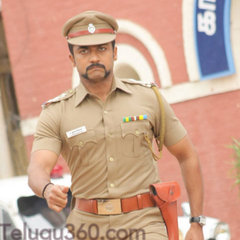 After Hollywood flicks such as Godfather, Rocky and Gods Must be Crazy were made into series with three to four sequels, this sequel culture crawled into other industries too.

However, it entered the most happening Tamil industry (Kollywood in other words) only with Singam. Thanks to writer-director Hari for trying his hands at sequels. Released in 2010, Singam was a block buster bonanza. Three years later, he hid the screens with sequel—Singam 2 that rocked at the box office thought it opened to rave reviews.

Now, Hari is gearing up for enticing Suriya’s hysteric fans with yet another sequel, the third one in this series, Singam 3. If buzz has to be believed, the shooting is likely to   commence this September and will hit the theatres by Pongal/Sankranti.

While Suriya is the protagonist in Singam, Anushka ( who recently completed shooting Gunasekhar’s Rudramadevi movie) appears in female lead role. The sequel, however, had Hansika in a key role. Lets wait and watch who all will be roped up in this sequel to Singham 2.