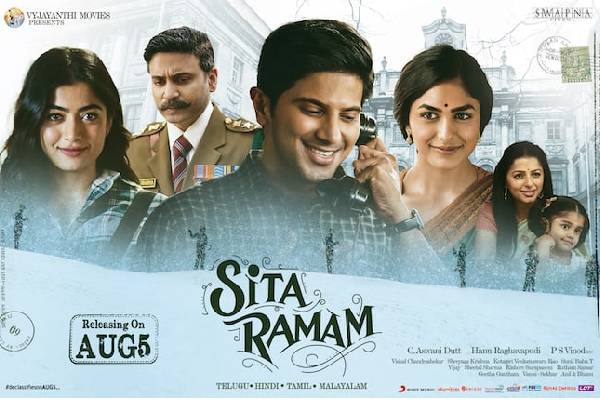 Sita Ramam emerges Hit at the boxoffice with the film surpassing 25 Cr share mark worldwide. Worldwide gross of the film is at 61 Cr and distributor share stands at 27 Cr. The film has an excellent trend with second week gross being 60 percent of week1 which is unusual in these times.

In Overseas the films total is near 1.50 Million with 1.15 Million coming from the North America alone.