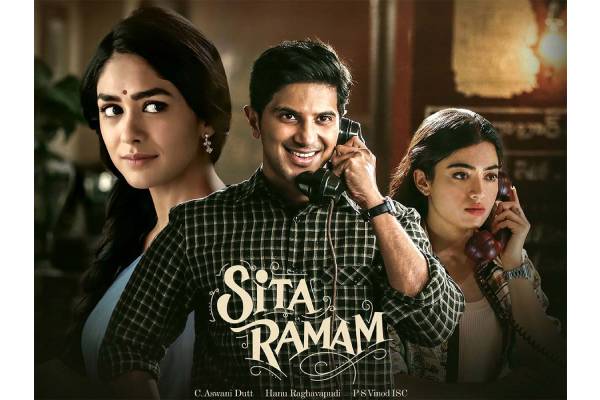 It’s not just the mass movies, but films with good storylines and engaging narrative are actually striking a chord with the audience. We have seen several south movies performing well in north belt. Under these circumstances, Dulquer Salmaan and Mrunal Thakur’s blockbuster Sita Ramam was released in Hindi yesterday.

The movie directed by Hanu Raghavapudi received encouraging reports from Bollywood critics and audiences as well. Although the film was off to average start at the box office in Hindi due to limited release and low-key promotions, the revenues will pick up with the word of mouth is optimistic.

Sita Ramam that grossed over 80 Cr worldwide so far in Telugu is a beautiful love story with grand visuals and wonderful music. Vyjayanthi Movies produced the movie that has music by Vishal Chandrasekhar and cinematography by PS Vinod and Shreyas Krishna.