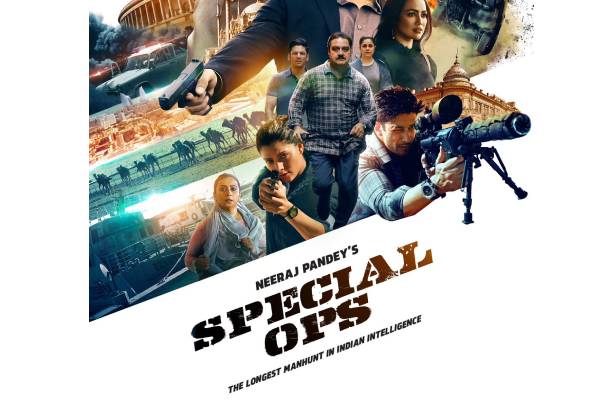 Neeraj Pandey who is known for his works in Bollywood like A Wednesday, Special 26 and Baby worked for a web series ‘Special Ops’. This is undoubtedly the best one among the Indian shows made in the recent times. Right from the thrills to the writing, presentation, the visuals, production values, Special Ops will blow everyone. It is a thrilling and engaging roller coaster ride that should not be given a miss.

KK Menon is the major highlight of Special Ops and the web series deals with a unique point on how a RAW official spends crores of money on several secret missions. He gets drilled by an interrogation team during which KK reveals several shocking facts. Special Ops also discusses about the Parliament attacks, 26/11 Mumbai attacks and other deadly attacks that happened in the past two decades.

In one line, Special Ops is all about the 19-year chase of an honest official for a terrorist who is unknown to the world. An emotional family track along with sensible entertainment will make the show even more engaging. If you are fond of thrillers, Special Ops is a must-watch. This 8-episode web series is streaming on Hotstar.