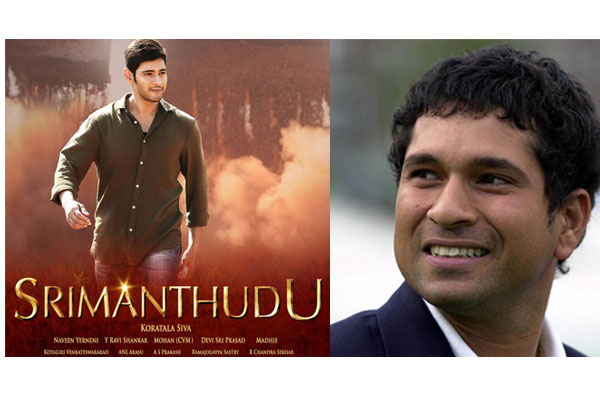 The underlying message of giving back to the society in Prince Mahesh Babu’s recent family drama Srimanthudu has grabbed the eyeballs of many noted personalities from different avenues across the country. Already, some politicians and a few more celebrities are mulling over the adoption of backward villages in both the Telugu states.

It is reported that cricketing legend Sachin Tendulkar, who has already been an exemplary for all the fellow politicians and celebs after he had adopted Puttamuraju Gramam in Nellore, has decided to watch Srimanthudu which has its story made on similar lines. Mythri Movie Makers, who produced Srimanthudu, are now making arrangements to screen a special show for Sachin in Mumbai.