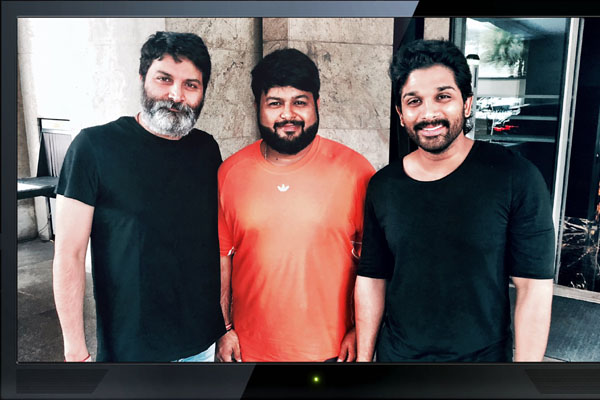 Ace director Trivikram Srinivas has once again collaborated with music sensation SS Thaman for his next film which has Allu Arjun in the lead role. As Thaman impressed with his tunes and background score in NTR’s Aravindha Sametha, Trivikram decided to continue his association with Thaman for his next films as well. Even Bunny is very pleased with Thaman’s current form and agreed to rope him in.

The music sittings of this untitled film are currently underway and Thaman is busy finalising the tunes for the album. Trivikram and Bunny are also participating in the music sessions and listening to Thaman’s tunes. Once the tunes are finalized, the songs will be recorded immediately. The shooting formalities of the film are progressing at a brisk pace and the makers are planning to release it for Sankranthi next year.