Andhra Pradesh Chief Minister Y S Jagan Mohan Reddy on Thursday asserted that there would no relaxations whatsoever to the total lockdown announced by the state government and advised people to stay in their respective states and not disobey the lockdown regulations in order to check the spread of coronavirus.

Referring to the massive turnout of students, IT and private employees from Hyderabad who tried to enter the Andhra Pradesh border, the Chief Minister said he was deeply saddened that “the Andhra Pradesh government could not welcome them with open arms and with a smile. However, this is the sad reality we have to accept since the contagion effect of the virus has been deadly.”

The Chief Minister requested the people to remain in their respective states in order to contain the virus effectively. “The war against corona virus can be won only with discipline. Those who take the virus too casually will have to pay a heavy price as was being witnessed in some countries. This is only a matter of few weeks. The next few weeks are very crucial in our fight against the virus, a fact that all of us are aware yet people are trying violate the lockdown.”

He said the AP government had allowed several people who came from Hyderabad and were shifted to quarantine facilities in the state. “People should realize that such movement of people from one state to another can be dangerous not just to them, but can be detrimental to their relatives and well-wishers as there is a possibility of spreading the virus. It will be difficult for the governments to track and trace the number of people the corona positives have come in contact. Contact tracing can be extremely difficult.” Therefore, the CM said it was imperative that in proactive manner a state-wide lockdown was being observed to prevent onset of community transmission of the Corona-virus.

Andhra Pradesh had already reported 10 positive corona cases. The chief minister said although the situation was not alarming the government cannot afford to relax and continue in its efforts to ensure that the numbers do not surge. “By God’s grace, the number of corona positive cases reported in our state is only 10,” he said.

Highlighting that isolation and social distancing are critical practices in fighting coronavirus, Jagan Mohan Reddy appealed people to stay at home. “It is a matter of three more weeks. People from every state, every district, every village and every lane should remain where they are. The only option is social distancing, to remain away from each other. There is no way out to escape from coronavirus besides this. If people violate the lockdown or try to cross the interstate borders, the repercussions could be unimaginable to think. The breadth and depth of such a challenge can be staggering,” a worried Jagan said. Movement of people from one state to another can hamper the efforts of the governments to contain the spread of the virus. He said the state government had been working round-the-clock to ensure that the virus doesn’t spread further. Four critical care hospitals, 19 corona virus hospitals, around 400 isolation beds are in operation to fight the deadly virus, he said..

On Wednesday and Thursday, thousands of students, IT and private employees were left stranded at various checkposts on the Telangana-Andhra Pradesh borders as the Andhra Pradesh police had refused to let them into the state in view of the coronavirus lockdown, exposing the communication gap and lack of coordination between the authorities of the two States. The Chief Minister, however, said he was in touch with his Telangana counterpart K Chandrasekhara Rao who was cooperative and assured him that he would sort out the issue from his end. 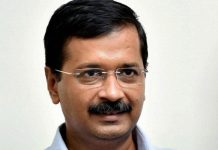