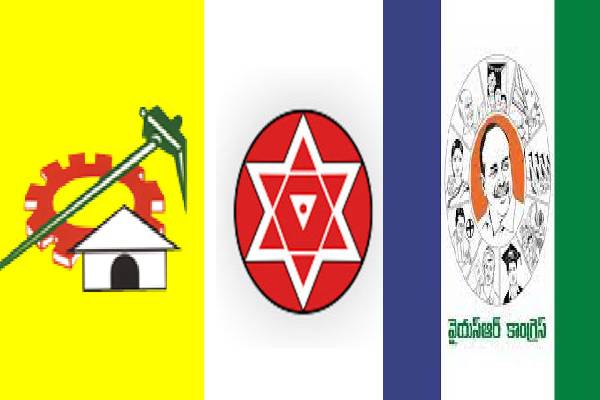 The MPTC election may have been a cakewalk for the YSRCP and the Jana Sena may have done extremely dismally. But, there is one place in AP, where Jana Sena has done interestingly well. It was won 4 seats out of the 17 seats. On its own it cannot get its MPP elected. But, its support is absolutely necessary for any party to win the MPP seat.

In West Godavari’s Atchanta mandal praja parishad, the TDP won seven seats, two short of a majority. The YSRCP has got six seats, three short of the half-way mark. With four MPTCS, the Jana Sena is in a crucial position. Its support has become crucial for both the TDP and the YSRCP. Both the parties are now trying to woo the Jana Sena. To prevent poaching of its MPTCs, the Jana Sena has shifted them to a secret place.

The TDP too has shifted all its victorious MPTCs to an unknown destination. The YSRCP has deployed minister Cherukuwada Sriranganatha Raju and former minister Pithani Satyanarayana have camped in Atchanta to lure the MPTCs from other parties. With this the politics in Atchanta have hotted up.

Thus the Jana Sena, which has been rejected lock stock and barrel elsewhere in the state and has not even reached double digits has become very important here in Atchanta. Let’ wait and see which way the Jana Sena go!!