Switch to: తెలుగు
Home Movies Movie News Sukumar On The Sets Of Mega154 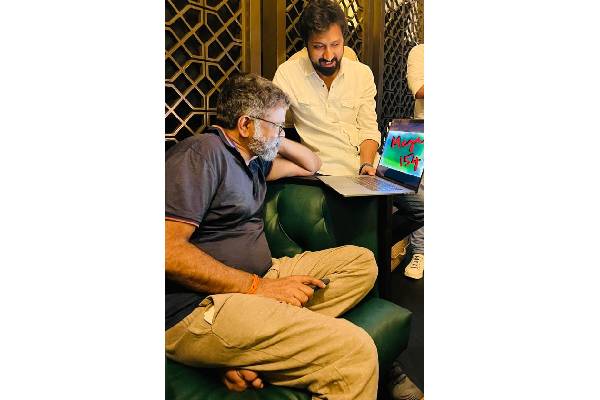 Alongside Chiranjeevi, the film’s lead actress Shruti Haasan, Rajendra Prasad and Vennela Kishore too are taking part in the shoot.

The team is canning some crucial sequences on the lead cast. Meanwhile, director Sukumar visited the sets of Mega154.

In this picture from the sets, Bobby is seen showing something to Sukumar on the laptop, while the later observes it with excitement in his face.

This is a dream project for Bobby who is making the movie as a mass action entertainer to present his favorite star in a never seen before avatar.

Mythri Movie Makers is bankrolling the project that has music by Devi Sri Prasad.