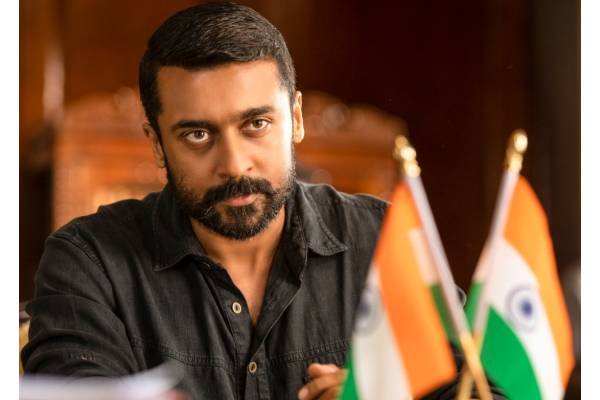 Expressing gratitude to mentors, family, friends and fans, actor Suriya, who jointly won the National Award for Best Actor for his performance in ‘Soorarai Pottru’ along with Ajay Devgn, dedicated the award to his children, Diya and Dev, and to his family.

Soon after congratulatory messages began pouring in on Friday, when the 68th National Film Awards were announced in New Delhi, Suriya took to Twitter to express his gratitude.

He said, “Vanakkam, My heartfelt thanks for all the love and good wishes that has reached us and enriched our lives so far.We are ecstatic with the five National Awards for ‘Soorarai Pottru’. The overwhelming reception for our film, which was released directly on OTT during a pandemic, has made our eyes well up in joy.”

“Our happiness is doubled at this National recognition for ‘Soorarai Pottru’ as it is a testimony of Sudha Kongara’s many years of hard work and creative vision of Captain Gopinath’s story.”

Congratulating other members of his team who had won the National Award, the actor said, “The Best Film Award is a great recognition for team 2D and I thank them along with my best friend and CEO Rajsekar Karpoorasundara Pandian.”

The actor also expressed his gratitude to the makers of his first film, ‘Nerukku Ner’. “I extend my gratitude to director Vasanth Sai and filmmaker Mani Ratnam, who placed their faith in my acting abilities and gave me my first film, ‘Nerukku Ner’,” Suriya said and congratulated his fellow awardee, Ajay Devgn and other award winners from Tamil Nadu and the other states of the country.

“My special thanks to my Jyotika, who insisted I should produce and act in ‘Soorarai Pottru’,” he said and added, “My love and ‘Thank You’ to all those who have encouraged my efforts so far and to my amma and appa, Karthi and Brinda, who have supported me always. I dedicate this award to my kids Diya and Dev and to my loving family.”

Looking to thank all his fans, whom he considers his brothers and sisters, Suriya said, “I share this joyous moment with all my brothers and sisters who are out there, who have shown me immense love and acceptance right through my career. My heartfelt thanks to you all my anbaana fans.”

Stating that the National Award had given him the motivation to work harder and walk his talk, the actor said that he would strive to give good films, now and always. He also thanked the government and the National Awards Jury for the recognition.