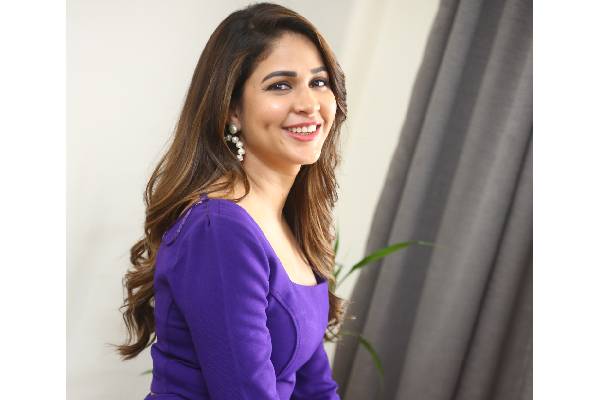 “I liked the story genre when Ritesh Rana narrated the story. My character, comedy, storyline, and working with Mythri Movie Makers have all excited me. Also doing action excited me big time,” Lavanya said about how she came on board for the film.

The actress says Happy character is close to her real life. “I am jovial in real life. People think otherwise because I played a serious role in my first film. Ritesh Rana saw my actual side in a show and came up with this idea. I do gym and boxing. So, the character became easy,” she said.

Lavanya also sounded very confident about the film. “It will be a blockbuster content too. It will be interesting and funny. Since it is set up in a surreal world, we do not go into logics as well. This is one film which I enjoyed a lot while doing. Only struggle is carrying those heavy guns,” the actress told.

Lavanya says she has finished shooting for a Tamil film starring Atharva and also has web series, Puli Meka with Zee5.