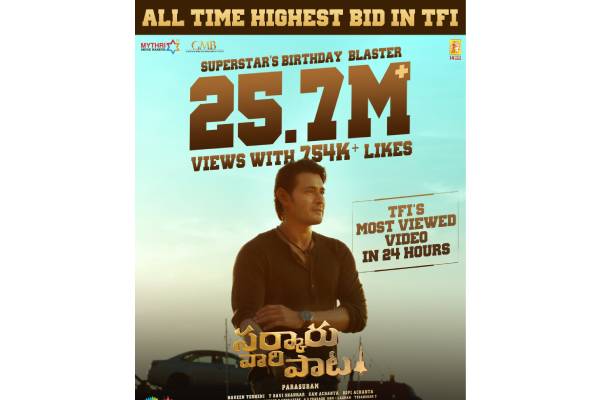 Superstar Mahesh Babu’s Sarkaru Vaari Paata Blaster has taken internet by a storm. The Blaster has got stupendous response as the Superstar is in his elements and everything about it worked big time.

It is for us to see in the Records. Sarkaru Vaari Paata Blaster has emerged as Tollywood’s Most Watched Teaser in the first 24 hours of its release with 25.7 views and 754K Likes. It has better the previous record by a big margin.

The speed looks unstoppable and looks like we are in for more records going forward. As things indicate, Director Parasuram is going to serve the real festival feast for Superstar fans when the movie releases for Sankranthi 2022.