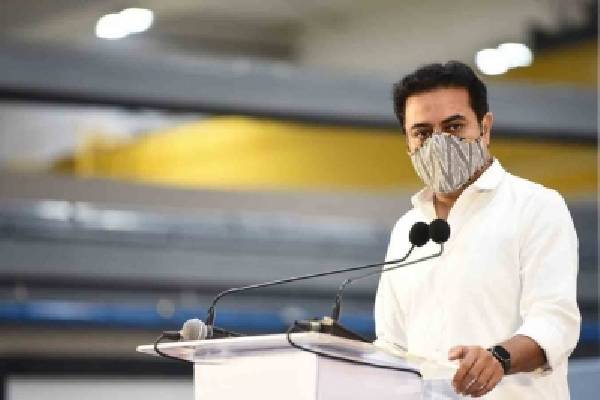 Moved by the plight of a woman who was working as a sweeper despite holding a masters’ degree in science, Telangana’s Municipal Administration Minister K.T. Rama Rao on Monday offered her the job of Assistant Entomologist on outsourcing basis in the Greater Hyderabad Municipal Corporation (GHMC).

A. Rajani, who had done MSc (organic chemistry), was working as a sweeper on contract basis in the GHMC.

Responding to a report published about the woman in a leading Telugu daily, the minister offered her a job commensurate with her qualification.

Special Chief Secretary, Urban Development, Arvind Kumar, who took Rajani to the minister, revealed the job offered to her. He tweeted that orders were issued after verifying her credentials.

Rajani, who has two daughters, became emotional when the minister assured her all the support and offered her job as Assistant Entomologist in the Entomology Department.

Hailing from Warangal district, Rajani was born in a family of agriculture labourers. Despite the financial problems, she continued her studies with the support of parents and passed MSc (organic chemistry) with first grade in 2013. She had also qualified for PhD from the Hyderabad Central University but in the meantime she was married to an advocate and shifted to Hyderabad.

Rajani became mother of two but continued to appear for competitive exams to secure a job. However, the family landed into a crisis as her husband became bed-ridden due to cardiac problem. She started selling vegetables to run the family of five including her mother-in-law. As she was not making enough money, she took up the job of sweeper on contract basis in GHMC for a salary of Rs 10,000.