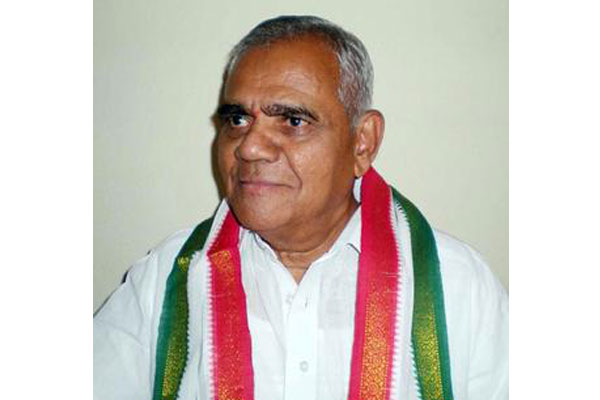 Telangana Congress today urged political parties in the state to help the family members of Congress MLA late Kista Reddy get elected to the Assembly unopposed.

Today, in Assembly, while paying tributes to Kista Reddy who, represented, Narahyankhed constituecy in Assebmly, Congress senior MLA G Chinna Reddy requested the chief minister that electing a member from Kistareddy family to Assembly unopposed would be real tribute to the later member. Kista Reddy, whose real name is patlolla Krishna Reddy, passed away on August 25,2015 in Hyderabad while in the sleep . Earlier moving the condolence motion chief minnister Chandrasekhar Rao recalled his 40-year long friendship with Kista Reddy, who also hailed from Medak. Taking the opportunity, Congress member Chinna Reeddy said how deeply Kista Reddy was committed to Telangana. Chinna Reddy said Kista Reddy had been active in the T-movement since 1969 when he was even jailed for some time. Congress members J Gita Reddy , DK Aruna and others also supported the suggestion and urged the all parties in the Assembly and outside to see that the family member of Kista Reddy is elected unanimously to Assembly, as death was sudden and unexpected.