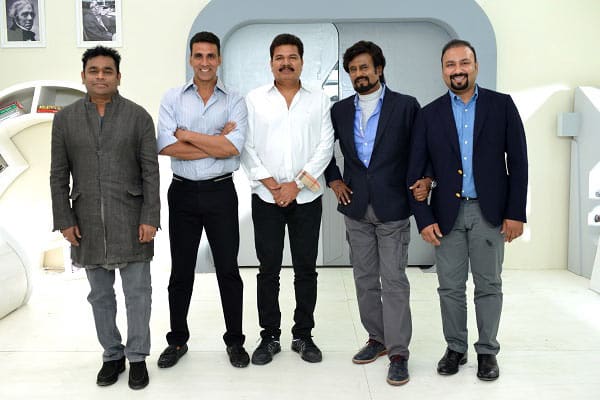 Baahubali: The Beginning and Baahubali: The Conclusion got wide release across the circles of Bollywood. It was Karan Johar along with AA Films who made it possible and sensational director Shankar too wanted his next film 2.0 a massive release across the globe. This Rajinikanth starrer is being made on a massive budget and it has been planned for release next year. Amy Jackson and Akshay Kumar will be seen in other prominent roles in the film.

The makers officially announced that the Hindi version of 2.0 will be released by AA Films across the country. The exact price has not been disclosed however there are talks that the deal has been closed for Rs 80 crores. The post-production work of the film is currently on and 2.0 is made on a budget of Rs 350 crores. Lyca Productions is producing the film and AR Rahman is the music composer. There has been huge demand for the film’s rights and the makers are yet to close the deals in other languages.

Glad to announce our association with AA Films. Lyca Productions to distribute the Hindi version of 2.0 through AA films of Bahubali-2 fame.