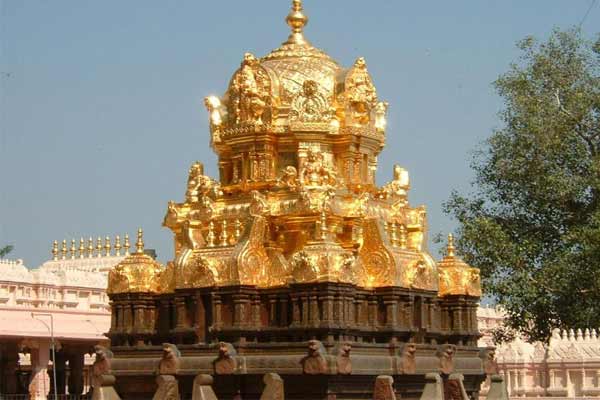 Elevating the status of Vijayawada, the temporary capital of Andhra Pradesh, the state government on Thursday declared the Dasara Navaratri Utsavams at Sri Durga Malleswara Swamyvarla Devasthanam, Vijayawada as ‘State Festival’. As the Vijayawada has become the temporary seat of power, the state government has decided to patronize the popular festival in Vijayawada to attract the people from all regions towards Capital region. In the days of united Andhra Pradesh, Sammakka Sarakka jatara enjoyed the status of state festival. In 2010 Pranahita Pushkaralu, Trikoteswar Swamy temple ‘s Sivaratri festival have been announced state festivals. Last year Andhra Pradesh government had celebrated Alluri Sitaramaraju Jayanthi as the state festival. Godavari Pushkaralu also enjoyed enormous state patronage on account of the need to promote new Andhra Pradesh as a land of rivers and culture.

Kanakadurgamma temple, situated on the banks of river Krishna, is one of the largest temples in India and second largest temple in Andhra Pradesh. Lakhs of pilgrims for worship during the “Navarathri” festival which is celebrated with Religious fervor, pomp and festivity. Adi-Sankaracharya visited the temple and installed the Srichakra and initiated worship of Kanaka Durga in vedic ways. Hiuan Tsang, the Chinese traveler wrote that he had seen many stone inscriptions in the vicinity of the temple that revealed historic events.