Polling for by-election at Atmakru ends with 61.75 pc 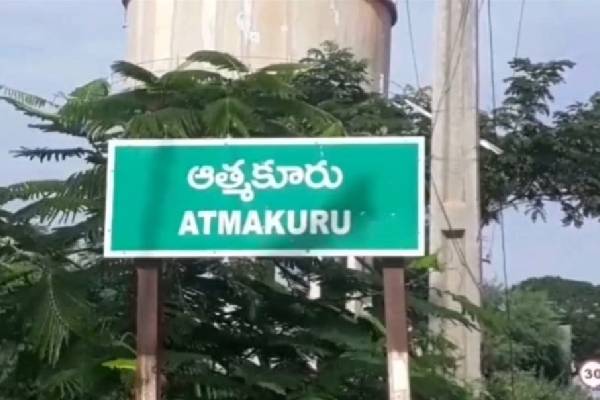 The by-election for the Atmakur Assembly constituency in Nellore district concluded at 5 pm on Thursday. The EVMs were shifted to the strong room at the Andhra Medical College in Atmakru town where counting would be held on June 26.

The by-election was required following the death of Minister for Industries Mekapati Gautham Reddy in February this year. The ruling YSR Congress fielded Gautham Reddy’s brother Vikram Reddy for the by-election.

While the TDP and the Jana Sena have opted out of the contest, the BJP fielded its Nellore district unit president G Bharat Kumar in the by-election. There are other candidates representing some registered parties and independents.

However, the ruling YSR Congress is likely to retain the seat despite the BJP’s extensive campaign in the constituency with the party national leaders and the Central ministers. The BJP had only tried to make its presence felt among the voters and was aware of its defeat.

Late Gautham Reddy was a very good name among the voters as he had won the seat in 2014 and 2019 elections. A soft-spoken leader, Gautham Reddy is said to be a phone call away to the voters and his brother Vikram Reddy too was always available to the people in the constituency.

The opposition TDP is likely to pull out of the by-election to be held for the Athmakuru Assembly seat in Nellore district. The by-election is to be held on June 23, following the death of sitting member and minister Mekapati Gowtham Reddy.

As the ruling YSR Congress had nominated Gowtham Reddy’s brother Vikram Reddy to contest the by-election, it is said that the TDP, as a policy, decided not to contest the election. A decision is likely to come from the TDP in the next couple of days.

However, the BJP and the Jana Sena are likely to contest the election as they contested the Badvel Assembly seat by-election last year, where sitting MLA’s widow Dr Sudha contested. The two parties are yet to take a decision on contesting the by-election.

It is also a big question whether the Jana Sena would continue the alliance with the BJP or would stay away from the election along with the TDP. It is interesting to note that the Jana Sena and the TDP are working on forging an alliance to defeat the ruling YSR Congress in the 2024 elections. It is to be seen whether this alliance begins from the Athmakuru by-election or would wait for some more time.

Besides the BJP and Jana Sena combine, the small parties are also likely to field their candidates making the election compulsory. On the first day of nominations, two candidates representing the Peoples’ Republican Party and the Navataram Party filed their nominations.