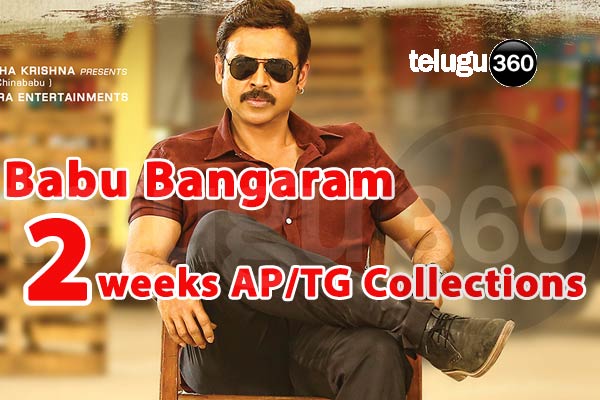 Babu Bangaram has collected a Share of 2.7 Cr in its 2nd week taking 2 weeks total to 19.95 Cr. The film hasn’t done well enough in its 2nd week which ensures that most of the buyers won’t be recovering their money. Only Nizam distributor may recover the cost as the share is already at 6.4 plus(has to recover 7Cr) and rental adjustments are generally done after the end of run. Ceeded & Andhra distributors will face 10-20% loss with a variation in each area. Verdict of the film will be very much clear after this weekend as Janatha Garage is releasing on Coming Thursday and these are the last days to collect reasonable numbers.