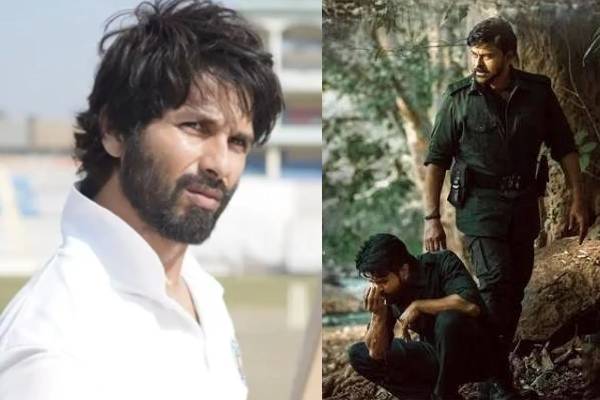 OTT turned out to be a parallel space for entertainment apart from the theatre experience for the Indian audience. Though it is bitter to hear, a section of the audience are not much interested to watch films in theatres ever since the coronavirus pandemic started. A bunch of films are gearing up for digital streaming this weekend. RRR is the biggest hit of the country in the recent times and the film is all set for digital streaming from May 20th. The film will be available on Zee5 in Telugu, Tamil, Kannada and Malayalam languages. The Hindi version will be available on Netflix from June 2nd.

Megastar Chiranjeevi and Ram Charan starrer ended up as one of the biggest duds in Telugu cinema. With the theatrical run coming to an end in its first week, the film is available on Amazon Prime from May 20th. Shahid Kapoor and Mrunal Thakur starrer Jersey too received poor reception in theatres and the film will be available on Netflix from May 20th. Apart from these biggies, Sree Vishnu’s recent outing Bhala Thandanana will be available on Disney Plus Hotstar from May 20th. Malayalam Superstar Mohanlal’s next offering 12th Man is heading for a direct digital release on May 20th on Disney Plus Hotstar. Drushyam fame Jeethu Joseph directed the film.