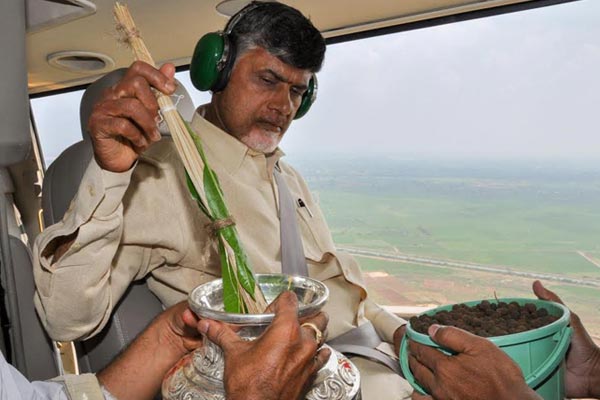 Chief minister N Chandrababu Naidu today performed spraying of the sacred soil and water brought from the all constituencies of Andhra Pradesh all across the Capital Region of Amaravati. Naidu did while flying in Helicopter. This act called “Samprokshanam” symbolizes the confluence all regions and rivers at Amaravati.

In the mean time, the village, udhandarayanipalem, is all set to receive the dignitaries arriving to attend the ceremony.It is expected that about 2 lakh people will witness the spectacular ceremony tomorrow afternoon. What is interesting is the farmers , who offered lands to the capital will be treated as the guests of honor. They occupy a pride of place beside the VIP gallery. About 25 thousand farmers are expected to attend teh ceremony from the close quarters.

Super Star Rajanikanth has joined forces with the construction of capital. As he is not able to make it to the function, he offered two ‘Kabali’ buses to Amaravati ceremony. These buses will be used to ferry the VIP s from Gannavaram airport to Ground Zero. As part of the arrangement, today air force personnel inspected the helipad at the ceremony venue, while chief minister Naidu monitored everything from a helicopter. 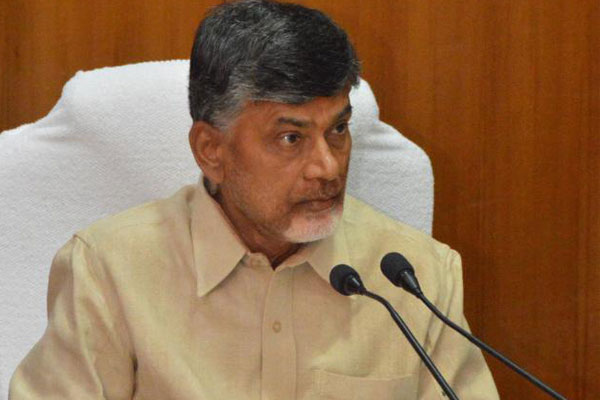 Chief minister N Chandrababu Naidu has become first high-profile resident of Armaravati capital region today. After hectic programs and cabinet meeting at camp office in Vijayawada on Saturday, Naidu left for the House arranged for him in Lingamaneni Estates in Undavalli, Guntur district. This is for the first time he is going to stay at the official residence in the temporary capital. Today, his family members are said to have performed the house warming ritual. Keeping in view Naidu’s residence, tight security arrangement has been made at the Lingamaneni estates.

Many see this as a clear message to his cabinet ministers and senior officials who are hesitating to relocate themselves to Vijayawada or Guntur. But, as Naidu took the lead, there is no option for ministers but to fall in line. Many ministers are reluctant to shift to Vijayawada as they find few bungalows in the city suitable for a minister. Located 2 KM from from Prakasam barrage in Undavalli, the swanky guest house has four bedrooms, two big halls, a home theatre and additional rooms for CM’s staff and a mini conference hall.

The building meant for chief minister, located in the space of 1.5 ac. was finalized in June itself. After the family members satisfied with the building and comforts, a new two-lane road has been laid from the Prakasam barrage. An helipad is also constructed near the bungalow.
There is some criticism that the bungalow is raised in an encroached piece of land.

Makeshift secretariat coming up near Amaravati 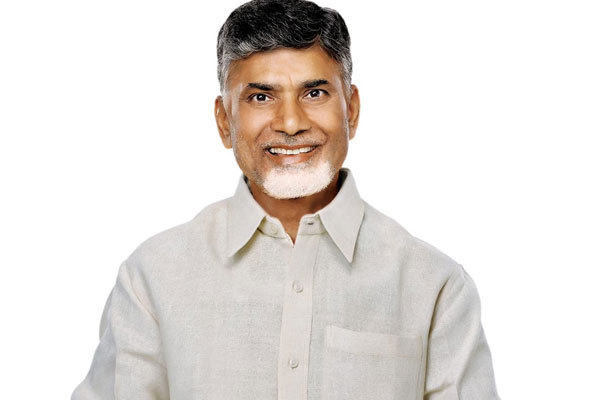 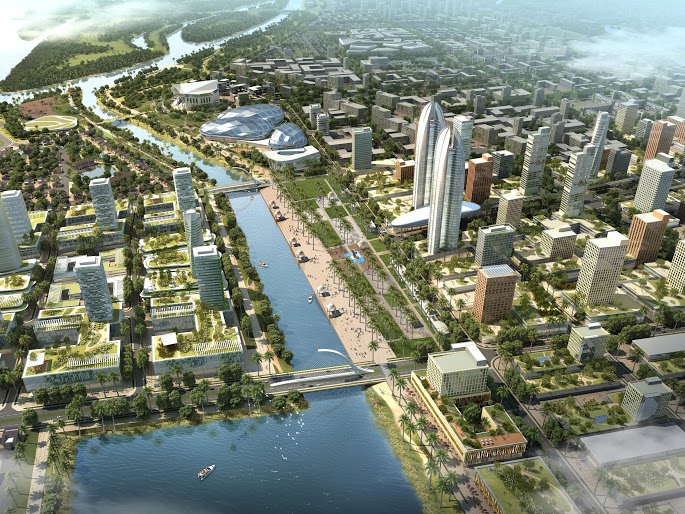 Chief minister Chandrababu Naidu assured that the Brand Amaravathi would not overshadow the image of Vijayawada as important coastal city. Accompanied by  Singapore second minister for home affairs and trade S Eswaran, Naidu addressed media in Rajahmundry after the presentation of seed capital area (SCA) master plan by the former.

Dismissing the apprehension that Vijyawada was being eclipsed by the proposed capital Amaravathi, Naidu said Vijayawada and Amaravathi would remain as two cities and at the same time be part of the capital region. Amaravathi proper would be capital of Andhra Pradesh and would be confined to only 16.9 sq.km (4176 hc.). The complex of Amaravathi, Vijyawada, Guntur, Mangalagiri and Telanali would be developed into a mega city or capital region, Naidu said.

Naidu said the first phase of the capital development would be completed by 2018. The chief minister profusely thanked the Singapore government and the experts involved, for the development of the in record time and free of cost.

He hoped that the association would last forever.

Giving details of the seed capital, the chief minister said Amaravathi would have four parts namely gateway, down town, business area and institutional area and it would developed in the five phases.

“The capital will have seven regional centres- Guntur, Tenali, Sattenapalli, Gudivada, Gannavar, Nuziveed and Nandigama. Government offices will accommodated in two towers with  45 floor,” he said.

The capital city is going to be walker friendly with 25 km long walk-ways.