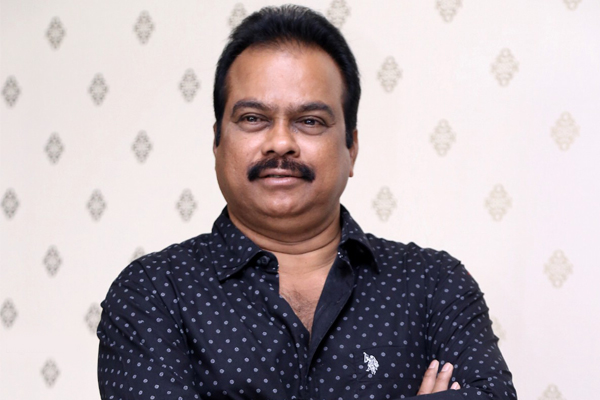 Ace producer DVV Danayya has lined up a bunch of big ticket films for the next couple of years. After Bharat Ane Nenu, he is producing a film with Ram Charan and Boyapati Srinu. After this project, he will move to Rajamouli’s multi-starrer.

Danayya has the habit of signing directors for his films well in advance. He usually pays some amount as advance to directors and acquires their dates. Four years back, he paid advance to star director Trivikram Srinivas to produce a film with him. But, the project didn’t materialise due to Trivikram’s busy schedule.

Trivikram worked with producer Radha Krishna for back to back projects and kept Danayya’s film on hold. As Trivikram has already locked his next two projects, Danayya is now demanding to return the advance he paid four years ago.

After NTR’s film, Trivikram has committed to work with Allu Arjun, Venkatesh and Mahesh Babu for other producers. So, Danayya felt that his film Trivikram will take longer than expected and asked to return the advance.

Danayya lashes out at rumours on ‘Bharat Ane Nenu’ payments 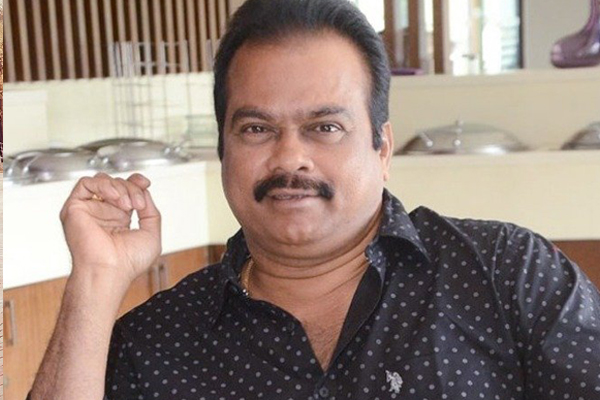 The reports claimed that Danayya hasn’t cleared the dues of Koratala Siva and Kiara Advani for their work in Bharat Ane Nenu.

Responding on these rumours, Dannaya’s production house released a press note quashing them as baseless. The note further clarified that the cast and crew of the film have been honoured with all the commitments.

Danayya is currently busy producing another biggie with Ram Charan Tej in Boyapati’s direction. Incidentally, Kiara Advani has been roped in for the female lead’s role in this film.

Shrewd business strategy by Danayya puts him in safe zone 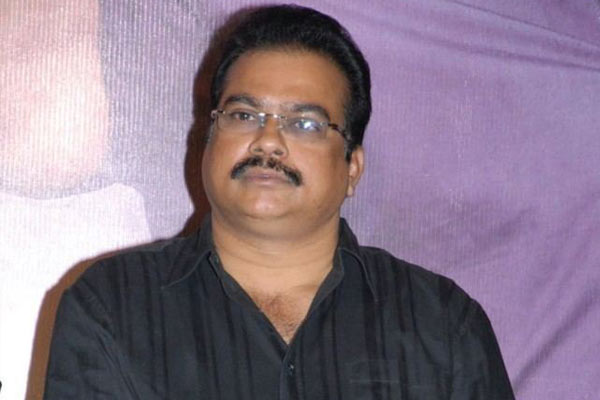 Producer DVV Danayya has hit a jackpot with his upcoming film which has Ram Charan in lead role and Boyapati Srinu as director. As per the reports, Dannaya closed a marquee deal worth 72 Crores with UV Creations for the theatrical rights of Andhra and Telangana.

It seems Dannaya has smartly devised a skewed business strategy in selling the rights to UV Creations. It is well known that Dannaya’s previous film Bharat Ane managed to break even only outside Andhra and Telangana. So, if he had to sell the theatrical rights of Charan’s film individually in different areas of Telugu states, he might have faced several obligations to give the rights on credit basis to the same distributors who released Bharat Ane Nenu. This is said to be the main reason behind Danayya – UV Creations deal.

Also, Danayya didn’t sell the Karnataka and OS rights of Charan’s film and interestingly those are the two areas where Bharat Ane Nenu made some profits.

Trade analysts opine that Danayya has played it very smart and cleverly pulled off a solid deal with UV Creations as he will recoup majority of his investment with this deal alone and the rest is bonus.

DVV Danayya has a request for Koratala Siva 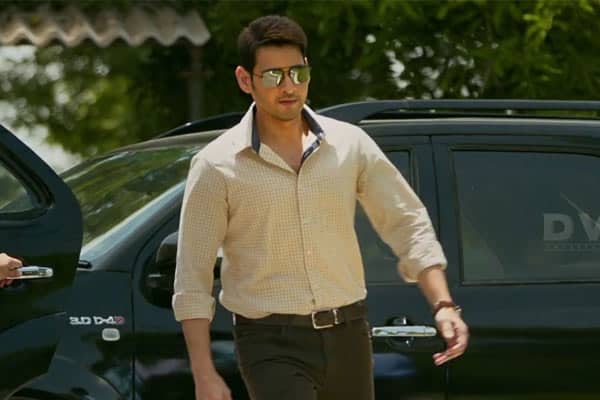 Koratala Siva is one director who knows the perfect mix of commercial aspects along with a strong social message. With three blockbusters in a row, the ace director climbed to the top and is in huge demand. He is currently directing Mahesh Babu in Bharat Ane Nenu which has been slated for summer release. It has been heard that Koratala Siva is personally overlooking the promotions along with the business of the film. Koratala along with his friend Mikkilineni Sudhakar decided to distribute the film in Krishna, Guntur and Vizag regions.

However with the request of the film’s producer DVV Danayya, Koratala Siva offered the Vizag rights of the film. DVV Danayya shares a close bonding with Kranthi Reddy, Vizag and he wanted the film to release in Vizag through Sri Kanthi Krishna Pictures. Koratala Siva without second thought asked DVV Danayya to go ahead. Bharat Ane Nenu has been carrying huge buzz and the teaser is a massive hit already. The film is hitting the screens on April 20th all over. Kiara Advani is the female lead and Devi Sri Prasad is the music composer. 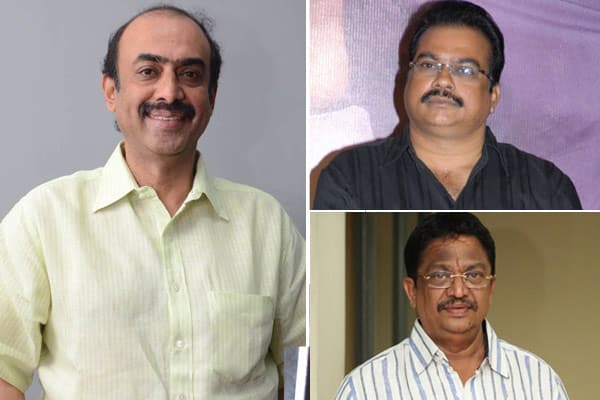 IT Raids On Tollywood Producers Offices

Tollywood noted producers Suresh Babu, C Kalyan and DVV Danayya offices were raided by IT Officials today in Hyderabad. C Kalyan recently produced for Balakrishna’s Jai Simha which released for Sankranthi. IT officials are checking the documents of his assets in Tamil Nadu and also his businesses like real estate and others.

Daggubati Suresh Babu recently produced for Rana Daggubati’s Nene Raju Nene Mantri. Both Jai Simha and Nene Raju Nene Mantri did huge business at the box office. Along with these two biggies, the IT officials also raided the office of one more producer DVV Danayya.Currently the raids are under progress at their offices. 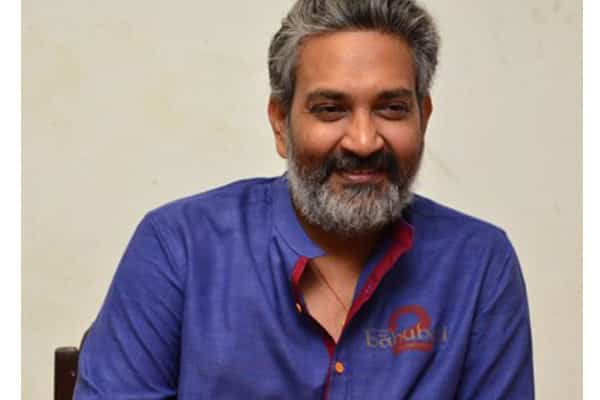 “Why Kattappa killed Bahubali?” – this was the most debated question before the release of Bahubali-2. “Whom will Rajamouli work with for his next movie?” – this is the most debated question after release of Bahubali-2. Though hero is not confirmed, producer is almost confirmed that it would be Danayya. Rajamouli committed a project to Danayya as he took some advance from him long back. But now there seems to be a new condition from Rajamouli to Danayya.

Rajamouli has categorically told Danayya that he should only work on this project and told that Danayya shouldn’t work on another projects simultaneously when his project is in progress. He is citing example of Shobu and Prasad Devineni. Now what does it mean? There are already news that Danayya will be producing movie with Ram Charan and Boyapati. Though it was initially supposed to be produced by Geetha arts, Ram Charan himself asked Boyapati to meet Danayya as he has commitment for Danayya.

If this condition of Rajamouli is true and to be obliged by Danayya, definitely it will be a blocker for Ram Charan – Boyapati- Danayya combo. But Danayya has a good name in the industry that he resolves issues amicably. We have to wait and see how this unfolds!!! 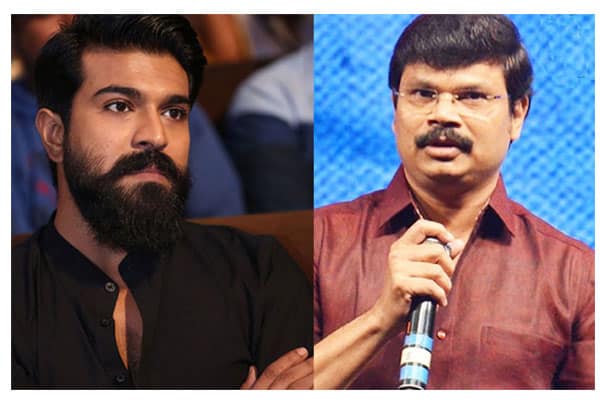 It seems this interesting combination of Boyapati- Danayya- Ram Charan is about to materialize. There seems to be an interesting “hide and seek” game happening among Boyapati, Danayya, Ram Charan and Geetha arts.

Initially Danayya had tani oruvan remake rights. When Geeta arts planned to remake it as Dhruva he gave Tani Oruvan rights and Ram Charan committed making a movie with Danayya. Also, Boyapati got advance from Geetha arts to make a movie with Chiranjeevi. But as Boyapati got busy with Jaya Janaki Nayaki, Chiranjeevi started Saira movie. So Boyapati got free now and it will take more than one year to start Chiranjeevi movie. So even Boyapati and Geetha arts thought of making movie with Ram Charan instead of Chiranjeevi first. Boyapati narrated story to Ramcharan and he liked it. But again what happened is Charan asked Boyapati to meet Danayya who had given his chance of producing Dhruva movie to Geetha arts.

So Danayya got the project and its almost confirmed that this movie will go to the floors. Ram Charan currently doing “Rangasthalam” with Sukumar and already agreed for a movie with Koratala.