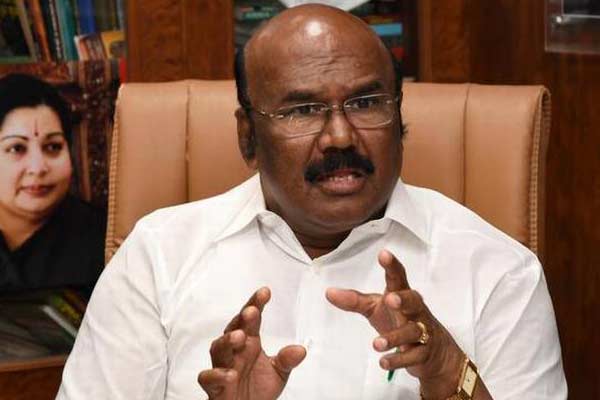 It is known news that two judge bench of Madras High Court bench split verdict in the case of ‘ whether speaker decision to disqualify 18 MLAs belonging to Dinakaran group is justified or not’ . Now the case is referred to third judge.

So AIADMK started wooing these 18 MLAs. Senior minister D.Jayakumar now said that the party leadership is planning to rejoin the 18 MLAs who have been disqualified, but they do not intend to include Dinakaran, the leader of this faction. He added, the AIADMK government will be in power for complete period of five years. His remarks suggested that these 18 MLAs have been ‘contacted’ by the ruling party already. 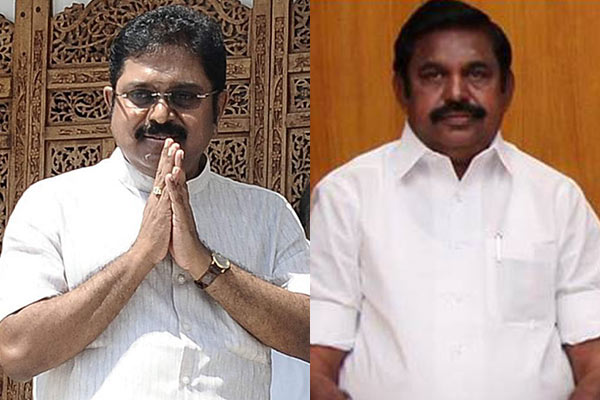 Madras High Court Thursday delivered a split verdict on the case against the disqualification of 18 AIADMK MLAs of Dinakaran faction. A two-judge bench heard the case and the judges were divided on the verdict. Now, the matter has to be heard by a third judge.

What is the case: The AIADMK won 135 seats out of 234 in 2017 elections and surpassed 117 magic number. After Jayalalitha’s death 18 MLAs sailed with TTV Dinakaran bringing the number of AIADMK MLAs to 116. The Opposition has 98 seats, including 89 MLAs of DMK, eight of Congress and one of the IUML. There is one nominated MLA in the House. If Dinakaran and other 18 MLAs vote against Palaniswami government in no confidence motion, it will fall immediately. What speaker (belonging to AIADMK party) of TN did is – he disqualified those 18 members based on complaint of AIADMK on the grounds of “anti-party” activities. So, With 18 seats currently vacant, the House is down to 216 members making magic number required is 114 and AIADMK has 116 now.Dinakaran’s group moved to court saying the disqualification of this 18 MLAs doesn’t hold water.

What is the verdict: It was heard by two judge bench. One judge gave verdict in favor of Dinakaran group, saying disqualification is not valid and other in favor of Palaniswami saying disqualification is valid. So now it has to be heard by 3rd judge to give final verdict. The court has also ordered that no floor test or by-polls can be conducted till its final order.

Future Implications: If 3rd judge rules in favor of Dinakaran later, DMK+ allies+ Dinakaran group will get magic number to form the government. Or they can go for elections too. If 3rd judge rules in favor of AIADMK, elections will happen in 6 months and if Dinakaran group or DMK manage to win , which is likely, AIADMK days are numbered again. In both cases, AIADMK has tough time. Only case where it is comfortable is the case is prolonged without any verdict.

People reaction: For people, it just seems like killing some more time without giving any final judgement. Palaniswami group must be happy for this additional time they got now. People do not understand, why it was not referred to three bench judge or 5 bench judge in the first place itself. 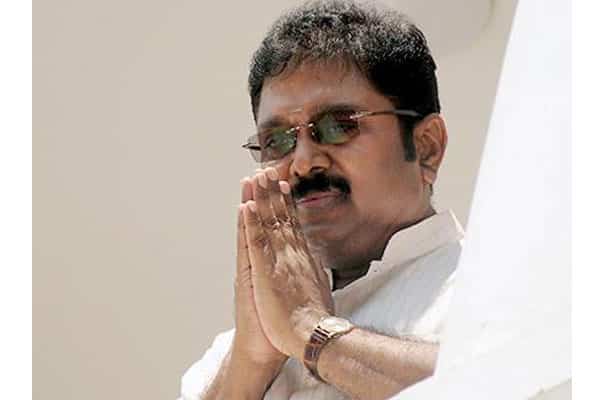 Sidelined AIADMK leader T.T.V.Dinakaran on Sunday took an early lead in the by-election for the Radhakrishnan Nagar (R.K.Nagar) constituency that fell vacant after the death of former Tamil Nadu Chief Minister J. Jayalalithaa.

Meanwhile, supporters of both AIADMK and Dinakaran clashed inside a hall in the Queen Mary’s College here where the vote count of the by-election that took place on December 21 was ongoing.

According to reports, the AIADMK agents inside the hall started an argument with Dinakaran’s supporters following the news of his early lead.

Dinakaran is contesting the by-poll as an Independent candidate.

He was followed by AIADMK’s E.Madhusudhanan and DMK’s N.Marudhu Ganesh.

The by-poll was necessitated following the death of AIADMK supremo Jayalalithaa on December 5, 2016, who represented the seat. 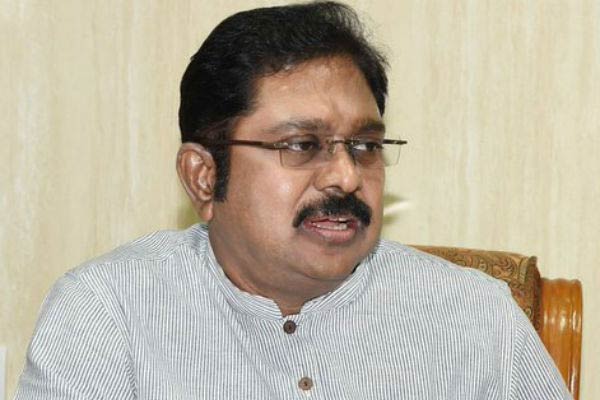 Tamil Nadu’s ruling AIADMK on Thursday dumped its Deputy General Secretary T.T.V. Dinakaran, nephew of the jailed General Secretary V.K. Sasikala, in a move aimed at placating the rival faction ahead of a possible merger between the two groups.

The AIADMK decision was announced after a nearly one-hour meeting at the party office attended by Chief Minister K. Palaniswami and some 30 ministers and party leaders.

While there was no immediate reaction from the rival faction led by former Chief Minister O. Panneerselvam, a furious Dinakaran hit back.

Dinakaran — who was made the Deputy General Secretary by Sasikala before she was jailed for corruption — and his small band of supporters refused to accept the decision.

A resolution passed at the AIADMK meeting declared Dinakaran’s appointment as “improper, unacceptable and invalid”, clearing the decks for a possible unification of the two factions.

An AIADMK statement said Sasikala’s appointment itself was under scrutiny of the Election Commission, which was examining the issues raised by Panneerselvam who had challenged her leadership.

The AIADMK used to refer to Sasikala until recently as “Chinnamma”. The Thursday statement called her “Respectable Mrs V.K. Sasikala” – a clear sign of her weakening hold in a party she tried to take over after the death in December of then Chief Minister J. Jayalalithaa.

The two factions will have to unite if they need to get back the party’s popular “two leaves” election symbol that has been frozen by the Election Commission.

Minus the frozen symbol, AIADMK leaders admit they will have problems taking on the DMK in the upcoming local body polls.

The AIADMK meeting also nullified all the appointments of office bearers and other decisions made by Dinakaran.

The Election Commission had earlier rejected a letter written by him in his capacity as Deputy General Secretary.

According to AIADMK sources, Chief Minister Palaniswami and Panneerselvam are travelling to Delhi on Thursday to take part in the swearing in ceremony of Vice President M. Venkaiah Naidu and may meet Prime Minister Narendra Modi.

The sources say that the Bharatiya Janata Party (BJP) has been nudging the two factions to unite — and also join the BJP-led National Democratic Alliance formally.

If a merger takes place, Palaniswami will remain the Chief Minister while Panneerselvam could become the General Secretary in place of Sasikala. The Panneerselvam faction insists on Sasikala’s ouster for a merger to take place.

Meanwhile, security has been tightened at the AIADMK headquarters here to foil the possibility of Dinakaran and his supporters trying to take control over it.

An MLA close to Dinakaran, Vetrivel, who attended the AIADMK meeting, challenged the decision to dump Dinakaran.

“Sasikala and Dinakaran cannot be removed from the party,” he said. “Nobody can remove the two leaders from their party posts.”