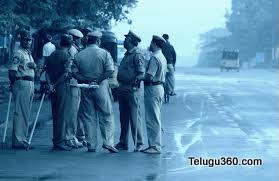 With Telangana police chief complaining to the union secretary and governor on the presence of Andhra Pradesh police at its chief minister Chandrababu Naidu’s residence in Hyderabad, AP DGP has recalled over 400 cops.

The governor reportedly intervened over beefing up of Andhra Pradesh police-without seeking permission of Telangana police-at their VIP residences and party offices.

The AP police chief informed the governor that they recalled 400 AP police personnel from Hyderabad. Also, the union home secretary along with a team is going to arrive in Hyderabad today for brokering peace between AP and TS chief ministers.