In the recent Telangana elections, there were allegations of large scale missing of names from the voters’ lists. Chief Electoral Officer Rajat Kumar had to tender apology for the failures. Lok Satta leader Jayaprakash Narayan had taken strong objection to this, saying there should be a solution to this problem and reforms should have to be brought in voter enrollment.

Jayaprakash suggested that the Election Commission of India take up all-year-round voter enrollment by making the respective postal offices as nodal agencies for the same. This way, there will be no need for any tampering, confusion or mismanagement of the voter lists and the data concerned. As of now, the revenue and other departments are involved in the process of electoral lists preparation which is giving scope for political influences.

The comments of Jayaprakash get wide significance in view of the difficulties involved in getting voter card though this system has been brought online. The respective chief electoral officers’ websites have created channels for giving new voter cards and also making changes in old ones. Jayaprakash insisted on continuous process of voter enrollment as the present system of conducting special drives for this is not reaching all sections of society. 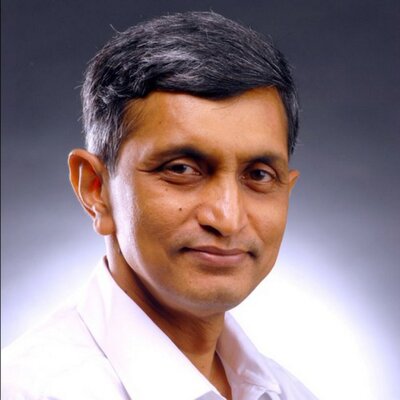 AP’s capital Amaravati’s foundation ceremony concluded on disappointing note, he tweeted minutes after the spectacular program concluded . “Except platitudes, nothing of substance has been announced,” he said. Jaya Prakash, who is fundamentally opposed to the concept of a capital where everything is concentrated, has been campaigning for decentralized approach to avoid the rebirth of  “Hyderabad”.

“100% Corporate income tax & excise duty exemption for 10 years to all AP, or in the backward districts is crucial to investment & jobs.”

“It is all event management & platitudes devoid of substance & sense of future. The dream is to build a capital, not all round growth.”

“New York, LA, Chicago are not capital. The capital should merely be seat of govt; people should have very little to do with capital city.” 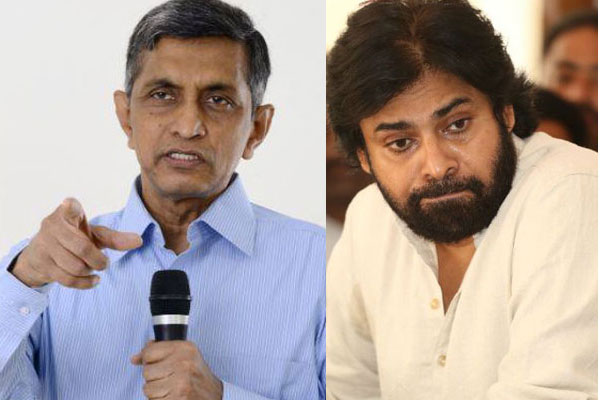 Lok Satta party national leader Jayaprakash Narayan advised movie star and Jana Sena president Pawan Kalyan not to confine himself to capital region and be expansive in his fight for justice. He tweeted this advice to Pawan Kalyan, whose main arena is twitter. “Pawan Kalyan must fight this battle together to protect farmers & ensure development of all AP, not merely CRDA,” Jayaprakash Narayan said.

According to Lok Satta founder president, It is absurd to think of one green field city with 1.3 crore population and all industry in only one city. We need all districts to prosper, he added. “Even about tax exemptions for industries, state govt is talking only about CRDA. What about 1000 KM coast, Rayalaseema & north Coast? ” he asked.
He was strongly critical about government’s attempts at taking the lands of small farmers in the name of capital development and suspects that there is some real estate mafia bazar at work in the whole affair.

“Government cannot deprive small owners of land and give it to cronies. This whole real estate mania must stop. Govt is about all round prosperity. We can understand small bits of land in the middle being acquired. But forcible acquisition of whole villages must be opposed,” he said.

Questioning the absurdity of the building huge capital, Jayaprakash Narayan said, ” large city with 40,000-50,000 acres is wrong. All we need is 4000 to 5,000 acres. We must not repeat Hyderabad – all in one city.”
To the extent land is needed, he said, only voluntary land pooling was the right approach. “After pooling more than 30,000 it is wrong to forcibly acquire another 3,000 acres” he said.