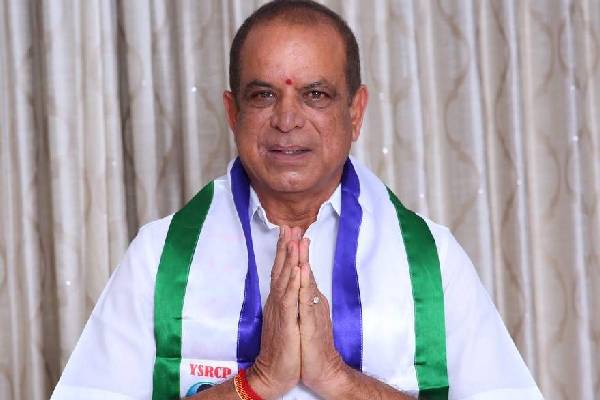 The YSRCP government in Andhra Pradesh led by Chief Minister YS Jaganmohan Reddy is facing severe criticism for all quarters on the worst condition of roads and highways in the state.

The YSRCP government failed to take up road repairs since it came to power in May 2019.

Because there are no funds to repair roads as all the funds are drying up for cash dole out schemes of YS Jagan in the name of Navaratnalu.

Although the AP government is inviting tenders for road repairs, none of the contractors are coming forward to take up works with a fear that the cash-strapped AP government will not clear their bills.

This sorry state of affairs was admitted by none other than YSRCP MLA himself.

An audio clip of YSRCP MLA from Elamanchili Assembly constituency Kanna Babu Raju on lack of funds to take up road repairs has gone viral on various social media platforms.

In the audio, a citizen called up MLA directly over phone and raised the issue of the bad condition of roads in his constituency.

To this, the MLA replied, “Where are the funds to take up road repair works. All the funds are evaporating due to distribution to people in the name of various welfare schemes.”

The MLA was even heard saying “Am I God to lay all the roads or repair the roads.”