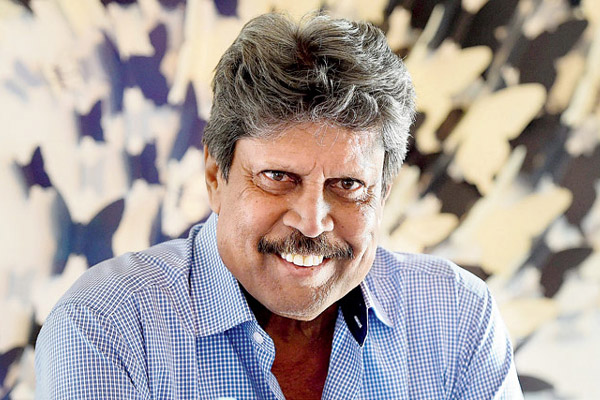 Former Indian cricketer Kapil Dev, who led India to their first World Cup triumph in 1983, has suffered a heart attack and undergone angioplasty surgery at a hospital in New Delhi. Kapil Dev was admitted to Fortis Escorts Heart Institute emergency with complaint of chest pain. An emergency coronary angioplasty was performed. Currently, Kapil Dev is in ICU and under close supervision. He is stated to be stable and expected be discharged in couple of days

Kapil Dev, 63, is a known diabetic patient. Popularly known as ‘Haryana Hurricane’, Kapil Dev is one of the finest all rounders in the history of the game. He represented India for well over a decade and scripted India’s unforgettable World Cup victory in 1983 by defeating the mighty West Indies in the final at the Lord’s. The Indian team at that time was called ‘Kapil’s Devils’. He took 12 wickets and scored 303 runs in the 1983 World Cup.

Kapil Dev to spruce up two golf courses in State 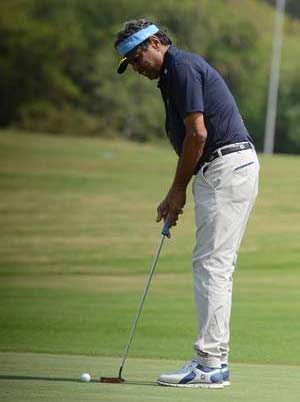 They will come up in Mulapadu in Krishna and Pennukonda in Anantapur: SAAP MD

Legendary Indian cricketer Kapil Dev has agreed to play a crucial role in the promotion of golf in Andhra Pradesh and soon he will be preparing two golf courses, spruced up keeping in mind the foreign investors and tourists. The ace cricket all-rounder is well-known for his golfing skills and of late he is enthusiastically involved in designing and developing golf courses across the country.

“Presently, he is developing a course in Hyderabad. We discussed A.P.’s necessity of having golf courses for the benefit of high-profile employees who would flock to the State once the industries are grounded. Soon we will ink a deal with the cricketer-turned golfer,” Sports Authority of Andhra Pradesh (SAAP) Managing Director N. Bangara Raju told The Hindu on Monday.

He said the two golf courses will have nine holes each initially and later they will be extended to18 holes. “One is coming up near Mulapadu in Krishna district and another at Penukonda in Anantapur district. Investors from Amaravati will make use of Mulapadu course. People from Japan, Korea, and other Asian countries are avid golfers. A few hours of stay in a course will relieve them of stress and help them improve social network.” He said the Penukonda course will be spruced up keeping in mind the Korean motor giant — Kia Motors.

Mr. Bangara Raju said the Kreeda Vikas Kendra (KVK) coming up at Penukonda will be handed over to Kia Motors for maintenance. “This KVK will have an indoor and outdoor stadium on six-acre land. These sports facilities will be used by Kia Motors employees and the locals as well.”

He said around 130 acres will be required to spruce up a 18-hole course. “While the Mulapadu region is fertile, the Penukonda project may face water problems. That is the reason we are using modern techniques to lay the course with minimum water requirement. Poly and synthetic surfaces are available which require less water.”

He said the revenue officials have identified the land inAnantapur district. “These courses will be under the control of a high-power committee of the State government led by L.V. Subrahmanyam, Chief Secretary, Youth Services and Sports, as Chairman and the SAAP will maintain them.”

He said both the projects will be witness driveways and putting greens (holes) coming up soon to enable the golfers to swing their clubs and putt the balls.