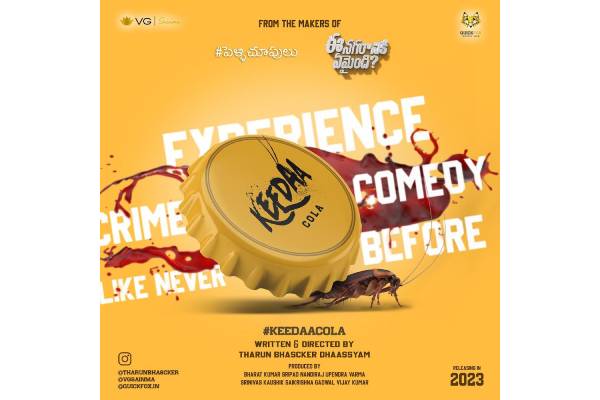 After delivering two hits with his first two movies Pelli Choopulu and Ee Nagaraniki Emaindi, director Tharun Bhascker is all set to begin his third movie. VG Sainma will be bankrolling the project which will start rolling soon.

The makers announced Keedaa Cola as the title of the movie. An insect, a cola cap and blood can be spotted in the title poster. They somehow give hints about nature of the movie. “Experience crime comedy like never before…” reads on the poster.

Tharun Bhascker follows yellow sentiment for this third movie as well. The movie will arrive in cinemas, next year. More details are awaited.