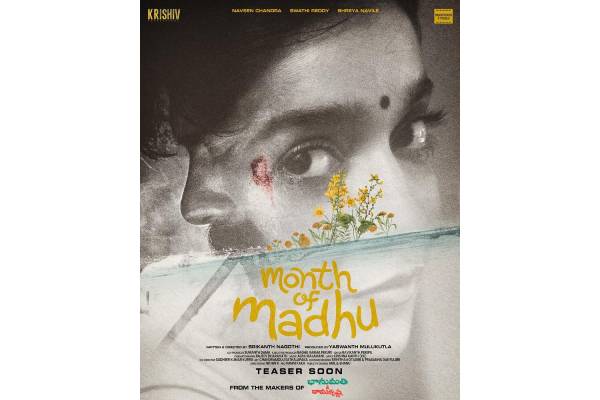 Naveen Chandra recently impressed with his performance in Rana Daggubati and Sai Pallavi’s ‘Virata Parvam’. Now he has lined up a slew of films and he is coming to impress the audience with his upcoming film ‘Month of Madhu.’

Today makers unveiled the first look poster which raises interest on this successful combo who gave a heartwarming film ‘Bhanumathi & Ramakrishna’ in 2020 which was directly released on Aha OTT.

Srikanth Nagothi who impressed the critics and audience alike with Bhanumathi & Ramakrishna is confident that this film will also another super hit from their combo. The makers are planning to release the teaser soon.