Bonda Uma threatens to pull down pensions, if voters do not elect TDP 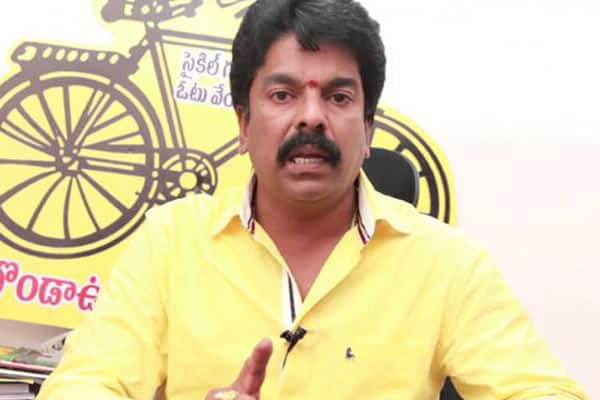 Leader’s words are caught by their followers more quickly than their actions. Following the footsteps of the Chief Minister N Chandrababu Naidu who said “don’t take pension if you don’t like my rule”, Vijayawada MLA Bonda Uma threatened senior citizens that pension would be slashed if they did not vote for TDP in the upcoming Nandyal by-elections.

Uma who is campaigning in Nandyal town made these controversial statements on Wednesday, during a program of giving away pensions to senior citizens. He asked, “Why will you not vote for TDP, when you are getting aid from the development schemes implemented by our government.”

Apart from demanding the voters to ensure TDP wins in by-poll, he threatened that if they fail to help them win, the citizens will have to face dire consequences.

YSR Congress party filed a complaint with Election Commission on the grounds of violation of Model code of conduct. Uma requested the government workers at the BC welfare hostel to vote for TDP. 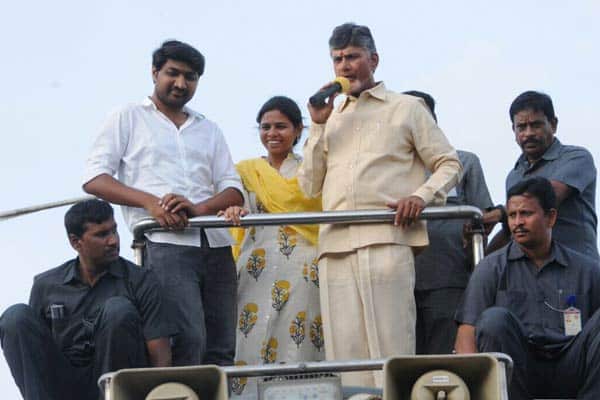 Andhra Pradesh Chief Minister N Chandrababu Naidu was caught on camera intimidating a person who questioned TDP government about the electricity woes during his campaign in Nandyal. Chandrababu in his speech was informing voters about the continuous power supply, to which a voter complained that there are regular power cuts at Yaluru in Gospadu mandal on Monday.

A rattled CM retorted back by saying, “If you are saying that there is no power, looks like you are blind. How dare you question me?” He yelled at the citizen and called him mad.

Chandrababu continued to rant and accused that the citizen belonged to YSR Congress party and was drunk. The Chief Minister dared the voter to stay away from TDP meetings and sit at home. Terming the citizen “Tamasha candidate”, Chandrababu said he has seen many such people in his 40years of political career.

After the tirade, the TDP supremo said that he would send a collector and RDO to enquire into problems. If the man is found guilty, the CM said he would register a case against him. 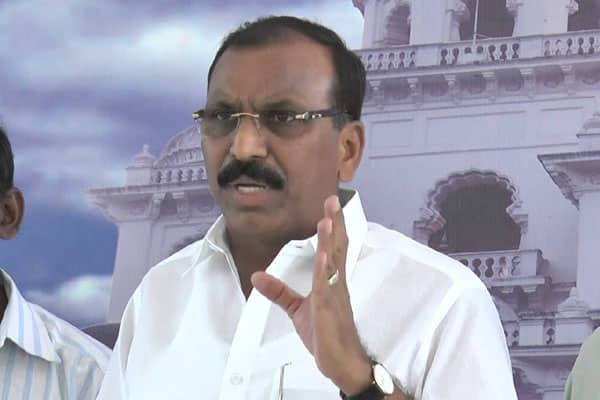 The battle lines are drawn for the Nandyal by-poll between TDP candidate Bhuma Brahmananda Reddy and YSRCP candidate Silpa Mohan Reddy. As expected, Former Minister Silpa who recently joined the YSR Congress party has been finalised for nomination. YSRCP supremo Jagan Mohan Reddy decided in favor of Silpa on Sunday.

TDP earlier appealed to opposition leader seeking cooperation for unanimous election of its candidate. Requesting them to follow the tradition, they even mentioned that TDP did not field a candidate in the by-poll caused by death of Allagadda MLA Sobha Nagi Reddy. Bhuma Nagireddy won the 2014 elections from YSRCP, but later switched loyalty to TDP.

After losing to Bhuma Nagireddy in 2014 elections with a very less margin, Silpa was adamant to contest in Nandyal by election. It was difficult for him to continue in TDP post the demise of Nagireddy, especially with Minister Akhila Priya taking pot-shots at the YSRCP leader.

Silpa, along with his supporters, joined the YSRCP on 14June frustrated with the TDP chief Chandrababu Naidu’s indecisive attitude on the Nandyal by-election candidature. Following his defection, TDP announced Brahmananda Reddy’s name as candidate for by-election. Ever since , Chandrababu himself has been touring the Kurnool district and campaigning for TDP.