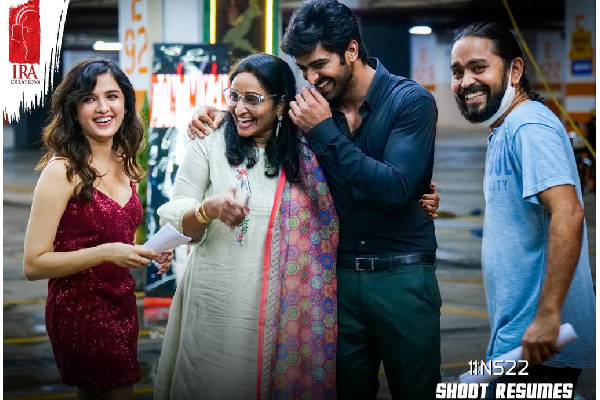 After Varudu Kavalenu and Lakshya, Naga Shaurya has resumed the shooting of his third film after COVID Second wave. His next with Anish Krishna under Ira Creations banner started a new schedule today in Hyderabad.

Naga Shaurya, the film’s lead actress Shirley Setia and few others are taking part in the shoot. The announcement has been made with an on-location still where Shaurya, Shirley, Anish and Shaurya’s mom Usha Mulpuri are seen sharing a lighter moment.

Senior actress Radhika will be seen in an important role in the film which is tipped to be a breezy family entertainer.

The yet to be titled film is produced by Usha Mulpuri, while Shankar Prasad Mulpuri presents it. Mahati Swara Sagar takes care of the music department.