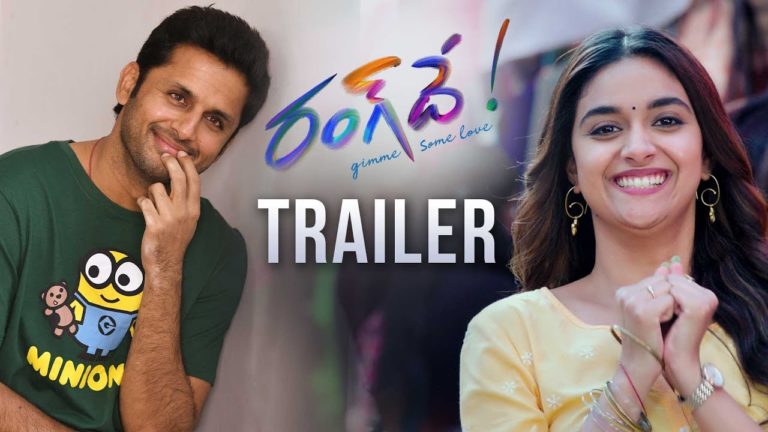 The upcoming romantic entertainer Rang De is all set to release on 26 March 2021. Quite some time back, the teaser has entertained the audience. After that, there’s no update from the movie team which made audience extremely disappointed. So, Nithiin and the movie team revealed that they are going to give a series of updates now.

Today, the official trailer of Rang De got released and is receiving well by the viewers. It starts from the childhood of Nithiin and Keerthy Suresh which is funny. The way how Keerthy teases Nithiin has showed in a funny manner.

The pre-release event of Rang De is going to happen in Hyderabad on 21st March while the grand release event will held on 24 March in Rajahmundry. The film got certified with U/A today.