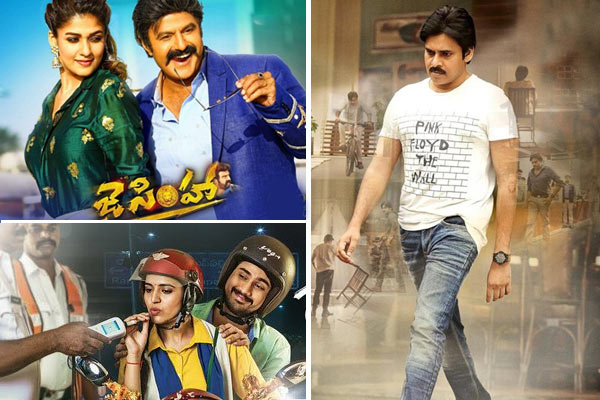 Sankranthi is one of the most preferred windows by Telugu filmmakers to release big ticket movies in order to capitalise on the holiday and festival season. Like the domestic audience, overseas moviegoers too lap up films bigtime during the festival season.

Last year’s Sankranthi saw three notable releases in the form of Khaidi No 150, Gauthamiputra Satakarni and Shatamanam Bhavathi. Much to the cheer of overseas trade circles, all three films performed on par with expectations and raked in good revenues. Khaidi No 150 collected close to $ 2.5 M and GPSK notched up $ 1.5 M. Shatamanam Bhavathi managed to collect $0.8 M. All three films collectively bagged $ 5M haul and emerged as decent hits at the overseas box office.

This year, it is a contrasting show by Sankranthi releases as all three films failed to make an impact at the overseas box office.

The distributors of Pawan Kalyan’s Agnyaathavaasi are staring at huge losses as the film failed to keep the cash registers ringing after a strong start. With close to $ 2M gross as of this writing, the Trivikram directional is heading towards becoming one of the biggest disasters of all time in overseas.

Balakrishna’s Jai Simha, which opened on a decent note, couldn’t improve its figures and managed to collect below par numbers in the first weekend. The film collected a meagre $ 200K till now.

Raj Tarun’s Rangula Ratnam, which is the third Sankranthi release, has no trace at the box office with inconsequential numbers on its first day.

So, with are three Sankranthi films underperforming at the overseas box office, trade circles are likely to incur huge looses. 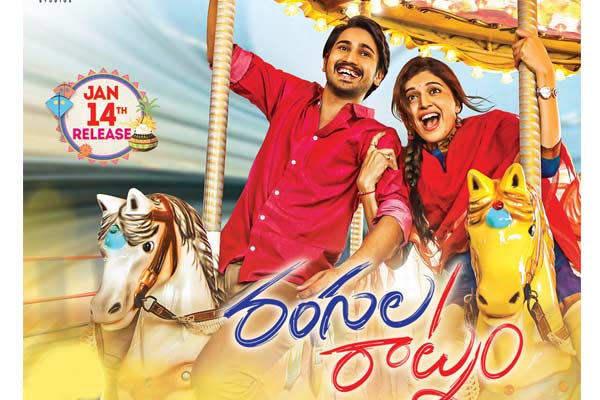 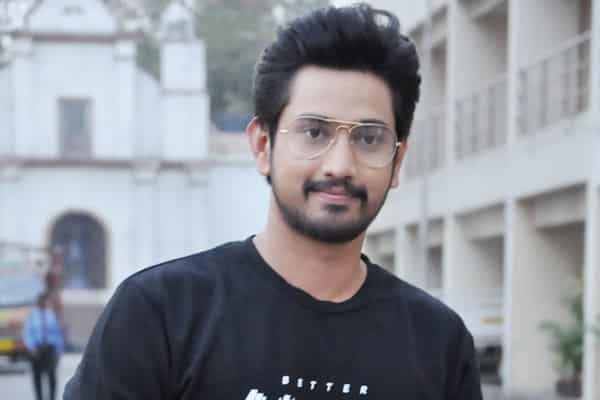 We are all well aware of the fact that actor Sharwanand had won the 2017 Sankranthi race amid huge competition like Chiranjeevi and Balakrishna. Following the trend set by Prasthanam actor, Raj Tarun who made his debut with Uyyala Jampala in Tollywood has stood in the Sankranthi race 2018 and this time, his competitors are Pawan Kalyan, Surya, and Balakrishna. His latest offering Rangula Ratnam is all set to hit the screens in the festival season and as a part of promotional activities, he interacted with the media. Here are the insights:

Q. Why the makers of Rangula Ratnam released the first look poster and trailer suddenly without any announcement?

We want you all to get shocked (Laughs). Even before the shooting, we decided to promote this film, once it gets completed. So, we first released the poster and immediately trailer. We are happy that the trailer has been receiving a huge response.

Q. Will you be able to get success amongst huge competition?

Well, competition is quite common in TFI and every week two to three movies are getting released and for Sankranthi, many films are slated to hit the screens and Rangula Ratnam is one among them. Our film is a comedy and family entertainer and we are quite confident about the success. And one more thing, I am not at all a competition to Balayya and Chiranjeevi garu.

Q. The reason behind the title Rangula Ratnam?

We finalised the title, once the shooting kicked off. During the last schedule, we decided it as Rangula Ratnam and the whole team liked it.

Q. What we can expect from this movie?

It is a complete family entertainer and it has love story, mother sentiment and comedy as key factors. It is a perfect film for Sankranthi.

Q. About your character in Rangula Ratnam?

My role is just as a boy to next door. Unlike my previous movies, I will appear in a new avatar. I acted as a middle-class boy in it, who is very particular and selective about the things he chose in his life. One day he falls in love with a girl and what are the struggles he faced, due to the dominance of that girl forms the rest of the story.

Q. Few posters have drunk and drive concept, are you encashing the trending topic?

No, we designed it long ago and we don’t have any intention to encash these kind of issues for our movie promotions.

Q. Did Nagarjuna watched this movie?

I think so, but I am not sure about it.

Q. Will Rangula Ratnam replace Uyyala Jampala? Is it belong to same genre?

I am not particular about genres. If I like the story, I will accept it irrespective of the genres. Rangula Ratnam is a good story, so immediately I gave a nod to it.

Q. You wrote a song in this movie. Any plans to continue as lyricist in TFI?

No, nothing like that. Even before this, I wrote a song. I liked the tune and wrote it randomly. To become a lyricist, one should have a lot of knowledge and I don’t have it.

My year is going to get started with Rangula Ratnam and has plans to release three more films before the end of 2018. So, far I signed four projects and hoping that this year will give me a lot of success and happiness. 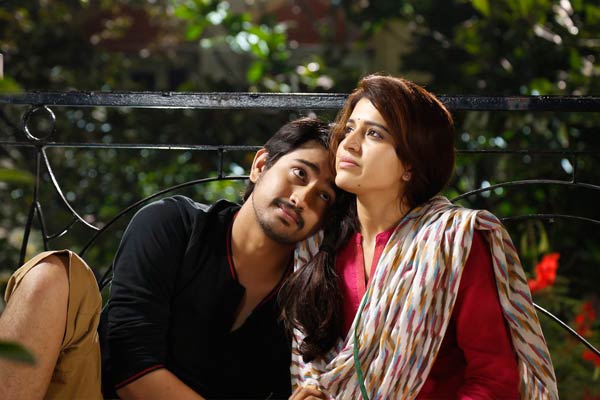 BlueSky Cinemas, one of the leader player in Overseas market is now distributing Annapurna Studio’s Rangula Ratnam in overseas market.

Rangula Ratnam is a fun filled family entertainer where young Hero Raj Tharun and Chitra Shukla playing the lead roles in the film.

Former associate of Gautham Menon, SreeRanjani is directing this film and Music is being composed by Kshanam fame Sri Charan Pakala.

BlueSky Cinemas is excited to join hands again with Annapurna Studios. Thanks to Mr. Nagarjuna and Supriya garu for giving this opportunity to BlueSky. Special thanks to Sai baba garu for his support.
Rangula Ratnam is scheduled to release on Jan 14th, 2018 as Sankranti Special with USA Premiers on Jan 13th with early start. 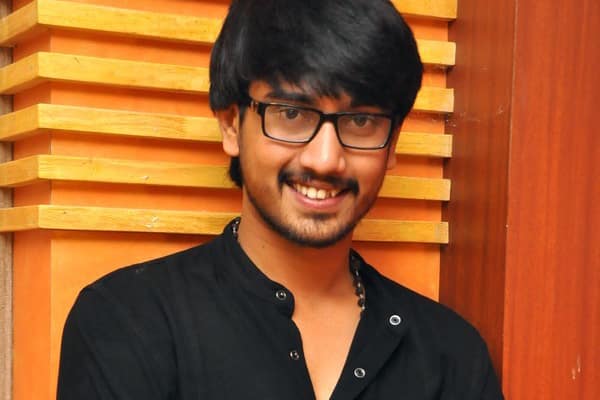 Young actor Raj Tarun is sure one among the promising actors of Telugu cinema. He managed to create decent fan base and is known for wrapping up films in quick time. The actor is all set with two films Rangula Ratnam and Raju Gadu which completed shoot and are awaiting for release. King Nagarjuna who introduced Raj Tarun bankrolled Rangula Ratnam and is keen on releasing the film for Sankranthi 2018.

What’s so special about the film is that Rangula Ratnam is being made on a budget of Rs 5 crores which is highest for Raj Tarun in his career till date. The film will showcase Raj Tarun getting married thrice in the film and the film is all about the situations that made the actor do so. Annapurna Studios bankrolled Rangula Ratnam and is set for January 13th release next year.

Twist: Raj Tarun coming for Sankranti, but his Raju Gadu movie is not.. 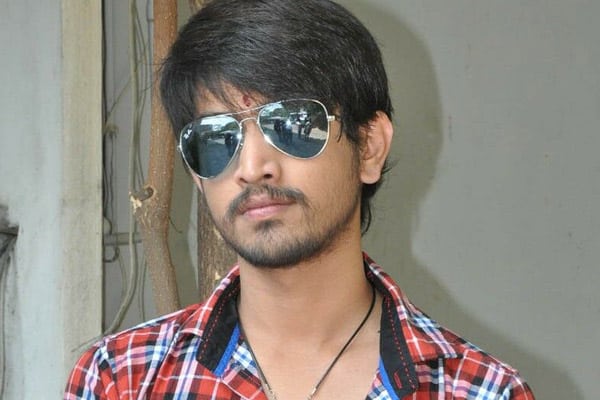 Raj Tarun’s “Raju gadu” movie is planned to be released for 2018 Sankranti. This was strategy of Sharwanand to release his movies along with big movies during festival season. Now Raj Tarun also following the same strategy. But latest twist is that his “Raju gadu” movie is not releasing 2018 pongal.

“Rangula Ratnam” is another movie of Raj Tarun produced by Annapurna studios. Raj Tarun agreed this movie for a remuneration of mere 25 lakhs ki during “Uyyala Jampala” time. But the movie did not see the light till date. 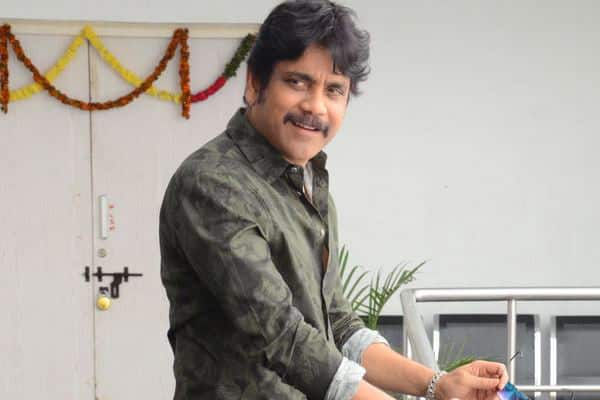 King Nagarjuna is known to be a typical businessman when it comes to films. He produced many interesting films on his prestigious Annapurna Studios banner. The actor has been producing films of Chaitu and Akhil currently. He registered ‘Rangula Ratnam’ at the Film Chamber recently which has been a hot topic across the Film Nagar circles. Nagarjuna is yet to make an official announcement about the title and the film.

He is currently producing Akhil Akkineni’s next film which is directed by Vikram Kumar. Kalyani Priyadarshan is the female lead in the movie which is yet to be titled. Rangula Ratnam will sure be an interesting title for Akhil’s movie too. The movie completed half of the shoot and it has been aimed for December 22nd release.