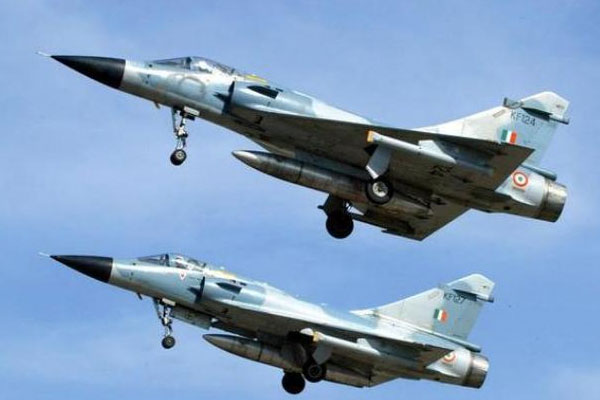 India described its attack on terrorist training camp in Balakot deep inside Pakistani territory as non military pre-emptive strike. Earlier, strikes carried out in 2016 targeting Pakistani sponsored terrorist camps across the Line of Control(Loc) were called surgical strikes. What is the difference between the two? Why this change in nomenclature?

In 2016 , India carried out strikes on terrorist camps in Pak Occupied Kashmir(POK ). This territory under the control of Pakistan is used by the hostile neighbour to train, infiltrate terrorists into Indian territory across the border. India believes that the Pak occupied Kashmir territories also belong to it and it remains the unfinished agenda on the Kashmir issue. Therefore, theoretically, by carrying out attacks on POK territories, India has not violated any country’s sovereignty and has not crossed international border.

But now the India’s Mirage 2000 war planes have gone deep into Pakistani territory in the KPK(Khyber Pakhtunkhwa) province which is about 65 km from the Line Of Control (LOC). This technically means violating Pakistani sovereignty that can attract punitive action under the United Nation’s charter which calls upon all its members to respect the sovereignty and territorial integrity of other nations.

Yet, India ventured to enter the Pakistan air space to carry out lethal attacks on the JEM camp. To avoid diplomatic embarrassment, India rightly called it non military intelligence led pre-emptive strikes.
India says it has not waged a war on Pakistan. It has not attacked Pakistani military or civilian establishments. The attacks were precisely targeted on terrorist infrastructure. The article 51 of United Nations charter permits any nation to carry out such strikes as part of right to self defence. But the moot point is can any nation do so pre-emptively. But, over a period of time countries like United States, Israel have been indulging in such pre-emptive strikes in the name of right to self defence.

India has been the victim of cross border terrorism perpetuated by our hostile neighbour. Pakistan has been exporting terror as its foreign policy position. Pakistan knows well that it cannot fulfil its strategic goals by resorting to any direct armed confrontation with India. The experience of wars in the past hold testimony to this. Therefore, Pakistan is indulging in this low intensity war fare which proves to be cheaper and more effective for Islamabad. Pakistan has been resorting to this unmitigated terror attacks under the cover of possible nuclear confrontation. India is deterred from crossing the LOC as it fears that any further escalation in the tensions can lead to a nuclear flash point in South Asia.

But, the country learns of late that Pakistan needs to realise that there are costs associated with its strategy of low intensity war fare. Thus, a paradigm shift has been consciously made by entering deep inside Pakistan.
There are reasons for doing so. The world has changed a lot. The big powers have the worst experience with terrorism. Pakistan’s neighbours like Iran, Afghanistan and even Russia in the past were the victims of Islamabad sponsored terrorism. Pakistan’s economy is in precarious condition and can no longer afford armed conflict. The political system of Pakistan is completely fractured. The opposition did not even recognise the election of Imran Khan and called it a farce. Besides, the present ruling political establishment in India do not shy away from escalating the bilateral confrontation as it does not have anything to lose but only to gain. More than ever before, Indianan political spectrum is united in its fight with Pakistan. Despite sharpest divide on the eve of elections, Indian democracy has shown remarkable maturity and the Indian armed forces continue to demonstrate unwavering will to strike .

All this resulted in the non military pre-emptive strikes. India clearly maintains that it has not attacked Pakistan. But its war is only on terrorism, that too after exhausting all other possible options. A self respecting nation cannot afford to bleed continuously due to the proxy war by the hostile neighbour.