Lokesh asks Nani to restrain from speaking on Travels Controversy 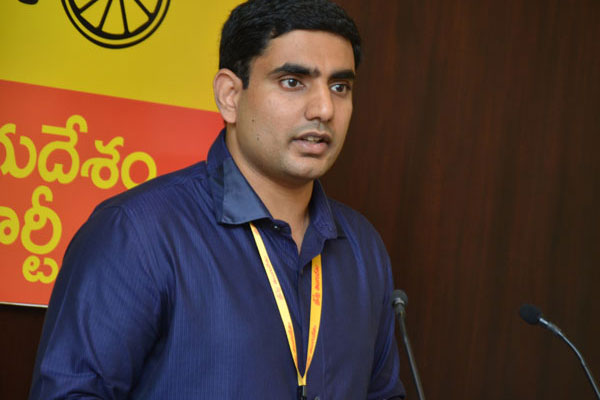 Minister of IT&C Nara Lokesh asked Kesineni Nani to avoid talking about the Travels Controversy. This reaction from the minister comes after exchange of words between Transport Minister Acham Naidu and the Vijayawada MP.

It may be noted that Kesineni Nani slammed the Revenue department for failing to take action against private bus operators who have been obtaining permits from North Eastern States. Responding to Arunachal’s decision, Minister Acham Naidu said that their department has not received any official information, but only got a Whatsapp message. Subsequently he wrote to the Arunachal government seeking details of the buses illegally running in AP. Reacting to the comments of Vijayawada MP, he said that Nani’s comments are his personal views.

In a retaliation, Nani said that, only Chandrababu and Lokesh statements are considered as official statements and all other statements by TDP leaders are personal. The MP speaking to ABN news channel said that some of the officers are not abiding by the law bringing a bad name to TDP government. He complemented Arunachal Pradesh CM for quick action over the complaints he made.

This incident did not go unnoticed by Lokesh who asked Nani to avoid speaking on the controversial topic. He allegedly advised the MP that such contentious statements are causing damage to the party image. He affirmed that upon his return from Portugal, they would take up the issue. The MP gave an explanation to the MLC about his conversation with media and affirmed that TDP, Chandrababu and Lokesh are imperative for him. 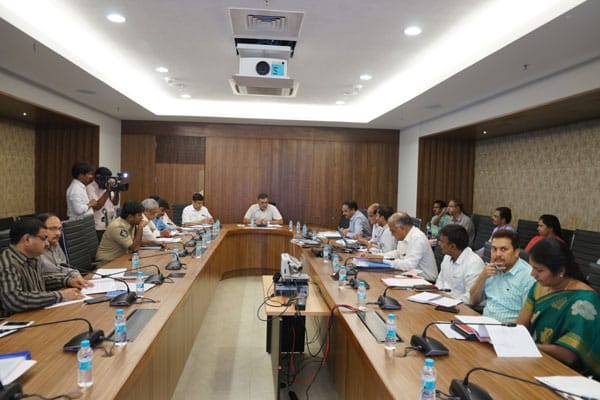 The government had already decided on having sensor-monitored traffic signals in the capital city for the vehicular movement. The officials are already studying the traffic systems, traffic signal systems across the world. The best cities in the world are being visited and the best transportation and traffic management systems are studied to be implemented in Amaravati, the Chief Secretary said.

The Chief Secretary had also directed the officials to take steps to streamline the traffic in Vijayawada. He asked them to speed up the inner ring road and by-pass road works in Vijayawada along with the proposed flyover at Benz Circle.

The CRDA Commissioner also explained to the members about the road network proposed for the new capital in the master plan. He further briefed them on the ongoing road works in the capital.