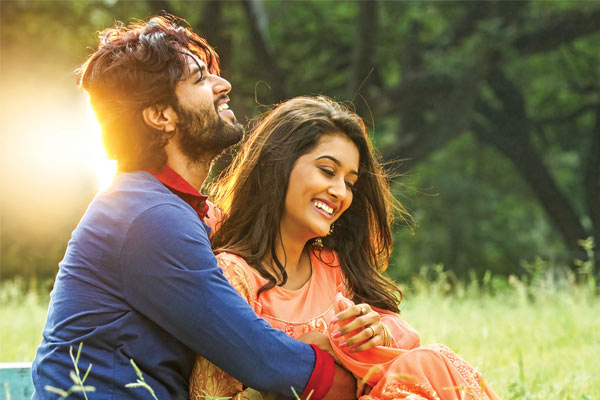 Young and promising actor Vijay Devarakonda is one of the most sought after actors in Tollywood at present. After scoring a sensational hit with Pelli Choopulu last year, Vijay is back with yet another interesting film titled Dwaraka.

Legend Cinema banner is the production unit behind this low budget flick. Amidst good expectations, Dwaraka is set for release today ( March 3rd). Let’s see whether Vijay can continue his success streak as hero or not.

Srinivas (Vijay Devarakonda) and his two friends are petty thieves. One night after escaping a theft scene, Srinu sleeps on the terrace of an apartment complex. Next morning, to his shock, Srinu wakes up to the prayers of a rich real estate builder. Driven by Guru ( Prudhvi ), the real estate builder and many others in the apartment start believing him as a baba possessing special healing powers. They name and treat him as Swami Krishnananda. Coincidentally a series of events make them believe that he indeed has divine powers.

Meanwhile, a lawyer ( Kalakeya Prabhakar ) with help of Guru ( Prudhvi) , Politician( Raghubabu) and a Police officer sets up a trust in the name of Krishnananda Swamy. As the Swamiji gets popular, funds start minting to the trust account. Srinu before his stint as Swami loves Vasudha ( Pooja Javeri) , inadvertently Vasudha’s mother ( Surekhavaani) becomes staunch follower of Swamji. As Vasudha starts coming to the Baba’s ashram love blossoms again.

As the Baba tries to speak out the truth (that he is not any baba) to get into marital life with Vasudha, the gang which setup the trust to mint money blocks him. The more the Swamiji tries to donate money to the people, the more it favors the trust.

“Dwaraka” is a different film which attempts to expose the charity trusts formed by henchmen of Babas. It also takes a subtle dig at the peoples’ blind faith on godmen. While delivering a certain message to the audience, Dwaraka movie also brings about good entertainment through Srinu and his two friends. Prudhvi , Prabhakar, Murali Sharma and Prakash raj did justice to their roles.
The crux of the second half, where the hero tries to get out of his falsely acquired god-men image to lead normal life is the only conflicting point in the movie. It appears redundant after a while. The strong and situational dialogues are one of the assets to this film.

Vijay Devarakonda acted with ease as Swamiji but it is hard to believe some one of his age as a Baba, that’s one flaw in the movie. Though heroine Pooja Javeri looks reasonable, a more familiar heroine would have helped.

Two songs “ Entha Chithram” , “Bhajare Nanda Gopala” are good. This film appears low budget through out, as the production values are not high.

Dwaraka is an honest and different film. Limited budget, redundant conflict point takes down this film’s commercial chances. Watch it only for a different story line. 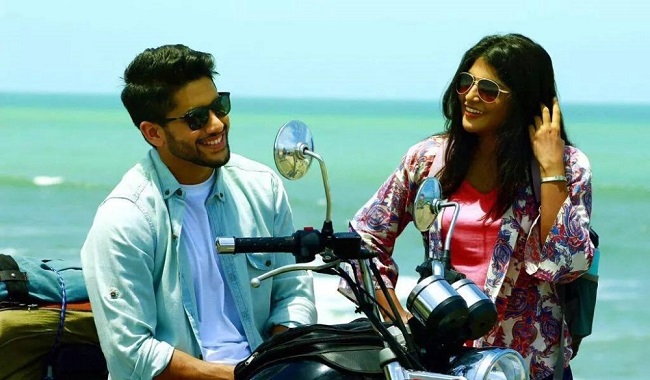