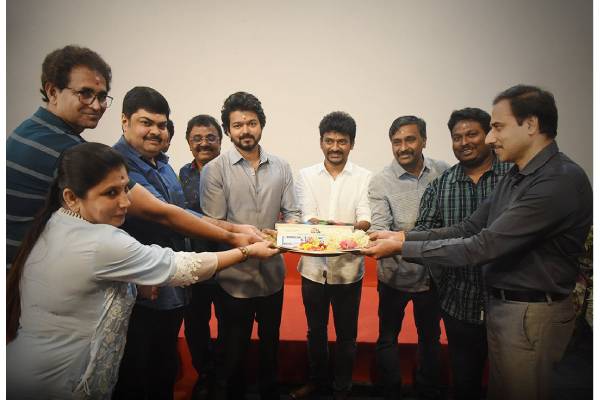 Tamil actor Vijay established a decent market in Tollywood too. His recent movies Sarkar, Whistle and Master turned out to be decent money spinners. The actor took a break and his next film got its official launch. This is his 65th film in his career and will be directed by Nelson Dilipkumar. The entire crew members along with Vijay attended the grand pooja ceremony in Sun TV Studios, Chennai. Pooja Hegde is the leading lady in this untitled film.

Anirudh is on board to compose the music and Sun Pictures are the producers. The initial shoot of the film will take place in Chennai after which the movie unit will fly abroad for the shoot. More details about the film will be announced soon.