Geetha Arts planning a Mega multistarrer with RC and AA ? 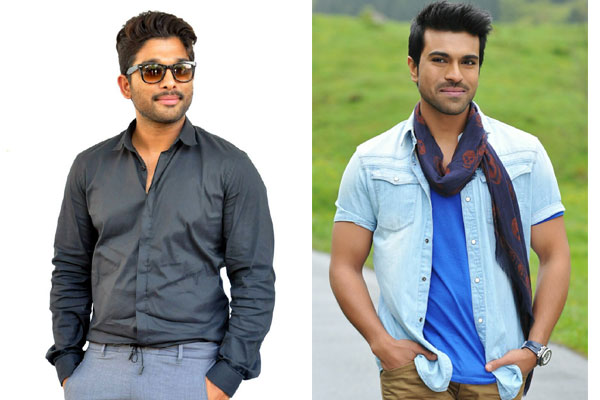 If the latest grapevine in the industry circles is to be believed, Allu Arjun and Ram Charan will team up for a big budget multistarrer in 2018.

According to the reports in industry circles, Geetha Arts banner is in talks with a star director to helm this Mega multistarrer. A couple of days ago, the Allu Aravind’s production house has registered ‘Charan Arjun’ title in film chamber. It is learnt that the details of the project are highly guarded and ground is being prepared for a big budget film that will reunite Bunny and Charan after the 2014 released Yevadu.

Currently, Allu Arjun is busy wrapping up Harish Shankar’s DJ, after which he will move to Vakkantham Vamshi’s film. Ram Charan commenced shooting for Sukumar’s film which will be wrapped up by Dusheera. If everything goes as per plans, the multistarrer might go on floors early next year.