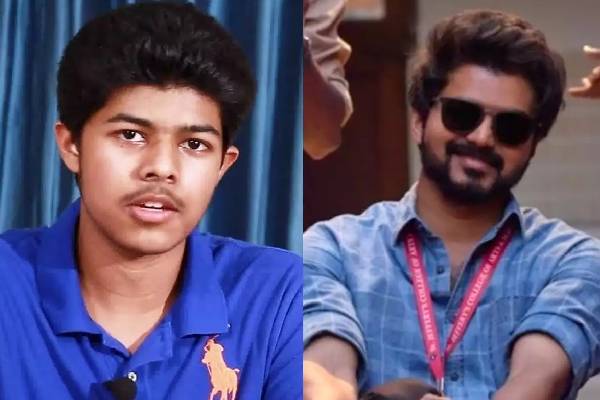 Uppena movie, though has debutant director and debutant lead cast, got thunderous openings, thanks to the magic of Devisri Prasad’s music. The movie sustained the collections even after the weekend and now it is more or less confirmed that movie is running towards a very big blockbuster. Now many producers from other languages are evincing interest in remaking the movie. But the rumours are afloat in Kollywood that ‘Ilayathalapathy’ Vijay is planning to debut his son Sanjay through Uppena remake. Details as below.

Vijay’s son Sanjay is 20 years old now and there have been rumours about his debut movie since some time. As per the grapevine, Vijay Sethupathi who acted in Uppena movie wants to produce this movie in Tamil and he is willing to introduce Vijay’s son with this movie. It is known news that both the stars Vijay and Vijay Sethupathi share a very good rapport and Vijay Sethupathi acted as villain in Vijay’s recent movie Master. In fact, Vijay Sethupathi used to tell in the initial days that he is a fan of Vijay. As Uppena has all the elements that can enthral Tamil audience as well, reportedly Vijay is seriously contemplating introducing his son with the remake of Uppena.

We need to wait and see how true are these rumours.