TANA (Telugu Association of North America) organized Mid-Atlantic Regional Conference on October 13th and 14th at the North Penn High School, Lansdale, Pennsylvania amidst a lot of pomp and gaiety with more than 3000 people in attendance. The mood was ecstatic as the rigorous effort put on the by the TANA Leadership and Mid-Atlantic TANA team for a month unfolded as a vibrant and vivid display for two days and was nothing short of phenomenal. A Banquet Dinner was conducted on October 13th evening at Blue Bell Country Club to honor and felicitate TANA Leadership, stalwarts and donors that have made impactful contributions to the society. There were 500 people from all over the Unites States in attendance. Legendary Singer Smt. Chithra was the Chief Guest and Sri Payyavula Keshav MLC, Sri Dhulipalla Narendra MLA, Sri Komati Jayaram Andhra Pradesh Govt Special Representative of North America were the guest of honor. TANA President Mr. Satish Vemana and Treasurer Ravi Potluri, TV5 USA CEO Mr. Sridhar Chillara, Board of Director Harish Koya and Foundation Trustee Ravi Mandalapu released the special Souvenir “Telugu Paluku” on the occasion of TANA Mid-Atlantic Regional Conference.

Prime time started at 4PM, with a heart touching program Mommy & Me a program by Moms, Grand Moms and children made the evening very emotional followed by Bhakta Prahladha and Bhuvana Vijayam dramas followed by a dance medley choreographed by Mrs. Shaila Mandala received thunderous applause from the audience. The main highlight of the evening was the dance ballet “Telugu Sambaralu” choreographed by Guru Smt. Swathi Gundapuneedi was a glorious sight to watch the 45 minutes non-stop performance by more than 80+ talented dancers and a proud moment for the parents of participants which received standing ovation from the audience. TANA richly felicitated Smt. Swathi Gundapuneedi for her contribution to Telugu Culture. Another highlight of the evening was fashion show with live performances by a local dance academy mesmerized the audience.

TANA President Mr. Satish Vemana gave an inspirational speech explaining the history and contributions of the elders over the past forty years highlighting the services and contributions of TANA to the Telugu community. The Event coordinator Ravi Potluri thanked the Executive Committee and volunteers and the donors. Mr. Satish Vemana along with TANA Women Services Coordinator Mrs. Laxmi Devineni launched TANA Mahila Raksha – new initiative of TANA for the needs Telugu origin women living in North America. Mr. Satish Vemana explained the need of TANA Mahila Raksha and he also mentioned TANA will start statewide Mahila Raksha chapters and appreciated the efforts of Mrs. Laxmi Devineni for the initiative.

TANA leadership felicitated Mr. Payyavula Keshav MLC, Mr. Dhulipalla Narendra Kumar MLA, Mr. Raghunandan Rao (Telangana BJP Official Spokes person) and Mr. Komati Jayaram for tireless efforts in serving the Telugu Community. This regional conference will go down in the annals of history as the first time a small region organized regional conference on par with national conventions.Mr. Satish Vemana felicitated Grand Donors of the event. The Guest of Honor and Hero of the evening was Mr. Ian Grillot, who was wounded while trying to stop a gunman in Kansas City received thunderous applause and standing ovation from the audience. TANA founding member Dr Guttikonda Ravindranath attended the event along with Past President Gangadhar Nadella. It was an emotional moment with a standing ovation when Sri Guttikonda Ravindranath was invited on to the stage and felicitated for his life-long community service.

This was followed by the grand finale event of the night, an out of the world musical concert by Smt.Chithra and her troupe – Sri Krishna, Hemachandra, Geetha Madhuri, Sameera Bharadwaj and Prudhvi Chandra. The choice of songs, the live orchestra and the rendition of the singers coupled with Smt. Chithra actively facilitating on the stage was a feast to the eyes and the ears. The concert enthralled the audience for about 3 hours & went on to till 1AM and was very well received by the satisfied audience. More than 1500+ audience were present at 1AM in the auditorium which showcased the magic of Chithramma. 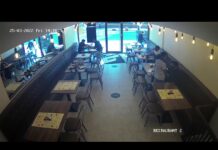