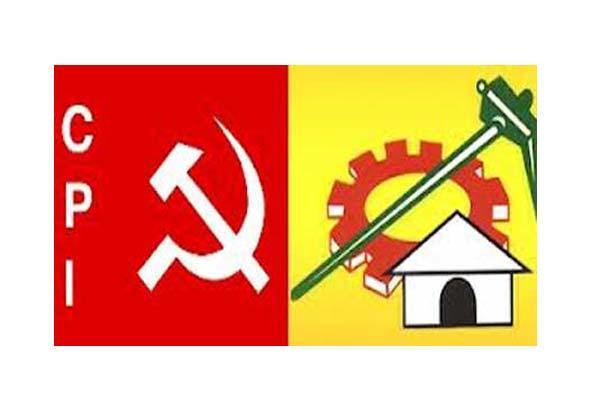 After a severe setback in the 2019 elections, Telugu Desam Party (TDP) is gearing up to bounce back in the ensuing local body elections and seems to leave no stone unturned to defeat the YSRCP. In its endeavor, the TDP decided to have a poll alliance with the Communist Party of India (CPI) to take on Jagan Mohan Reddy-led YSRCP in the rural and urban local bodies in Andhra Pradesh, scheduled between March 21 and 29.
This is the second poll alliance to be formed for the rural and urban local bodies which goes to show how prestigious political parties are viewing the elections. Pawan Kalyan-led Jana Sena Party is already in truck with the BJP to fight the local body polls together. The Communist party had an alliance with the Jana Sena during the 2019 general elections but later it forged an alliance with the BJP.