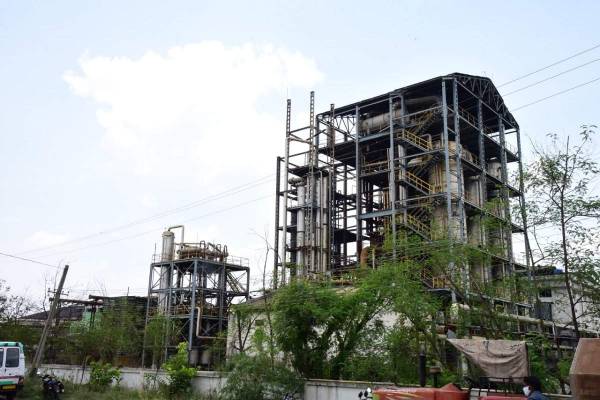 Telugu Desam Party General Secretary Varla Ramaiah on Sunday demanded the Jaganmohan Reddy Government to disclose the name of YCP MP who has taken on lease the ill-fated SPY Agro Industries Company in which gas leak took place at Nandyal in Kurnool district. The Government should announce Rs. 1 Cr ex gratia to the family of the victim who perished in the gas leak. It may be recalled CM Jaganmohan Reddy announced a similar package to victims of LG Polymers leak tragedy in Visakhapatnam.

The TDP leader said suitable compensation should be given to family of the industry general manager Srinivasa Rao who died in the ammonium nitrate gas leak. Very unfortunately, the officials were bargaining with the family members in order to deny complete ex gratia. Sajjala Ramakrishna Reddy, who is advisor to excise policy, should clarify why no ex gratia was announced even a day after the death of the general manager.

Mr. Ramaiah said that a liquid carbon dioxide unit was being run as an auxiliary wing for SPY Agro and that unit was taken on lease by a high-profile ruling party MP. There, Heaven’s Door whisky was being made. All this raised doubts whether the MP concerned entered the portals of the Parliament to fight for the people’s issues or for making easy money out of liquor making. The YCP leaders should clarify whether they were coming into politics only to exploit natural resources indiscriminately and amass illegal wealth.

Mr. Ramaiah deplored that harmful arrack was coated with colours and then being sold as liquor in the government wine shops. The negligence of the ruling YCP and its total indifference to consumers’ health was evident from this. The Government should publish a white paper on the quality of liquor being made in all the 21 distilleries in the state. It should also explain whether these distilleries were being run for the sake of the top leadership of YCP or in the name of the Government.

Stating that there was no transparency in the liquor policy, Mr. Ramaiah asked whether pollution and fire safety checks were being conducted for the distilleries. A strange brand named Heaven’s whiskey has been creating new sales records in the state. It is pitiable that the Government itself was playing games with the lives of the people. It is doubtful whether the Government can give guarantee that there would be no life threat from the consumption of liquor sold at its liquor outlets.